Mophie, the company famous for its Juice Pack battery cases for the iPhone, has released a new TV spot for Super Bowl, putting it back under the spotlight once again. Head on after the break to watch what the fuss is all about.

Mophie has been churning out some really impressive portable battery packs and other charging solutions for smartphones for some time now. That said, the new ad is sheer brilliance in itself, painting a picture that forces you to watch every bit of it as closely as you can and forget all that’s going on around you. 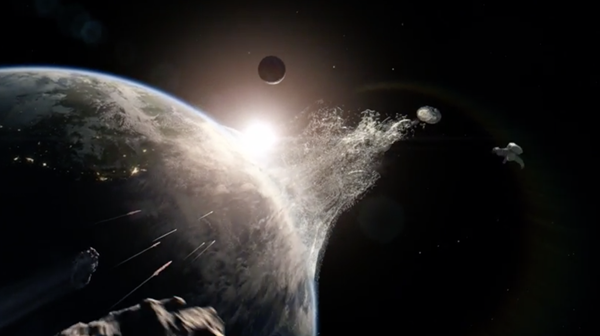 The theme involves the end of times where planet Earth and its beings are being subjected to an apocalyptic moment, but you don’t really see the unfortunate part of it with Mophie throwing in some immaculate attention to details with humorous bits, where no frame goes without making you wish this would last for much longer.

Mophie then takes us to the heavens above, where apparently God has run low on his phone’s battery followed by the line, "When your phone dies, God knows what can happen." Simply put, all the crazy stuff which you thought you had seen would quickly be undone through this ad, and the team responsible for coming up with these brilliant 60 seconds deserve a round of applause indeed.

Talking about the ad, Kevin Malinowski, marketing manager for media for the Tustin, California-based startup said, "We’re in a unique situation. The mobile power category is something a majority of users aren’t even aware of." He goes on to state that this is the first TV advertisement from Mophie and that the Super Bowl platform was chosen given how it is the single biggest stage possible. "The problem we’re highlighting is one that everybody with a smartphone can relate to. As category leader, we almost had a responsibility to make people aware of this and that there are solutions out there." Malinowski explained.

Fun fact: Mophie, the name of the company, was coined by an earlier owner of the startup, and was a mashup of the names of his dogs, Molly and Sophie.