Videos of gadgets being destroyed in strange ways have been around for years now. Whether it be someone blending a smartphone or throwing a game console onto the ground while people line up to buy one, people seem determined to make us cringe as brand new technology meets an untimely end. Some people seem to enjoy it. We’re not sure why.

But then some of the videos are actually more interesting to watch than you may think. Take this new video by UnboxTherapy, for example. The YouTube channel shot to fame when the iPhone 6 Plus Bendgate farce was just kicking off and keen to make the best of his newfound fame, the channel owner has posted a new video this week that shows off another high-end smartphone, the Samsung Galaxy S6 Edge. 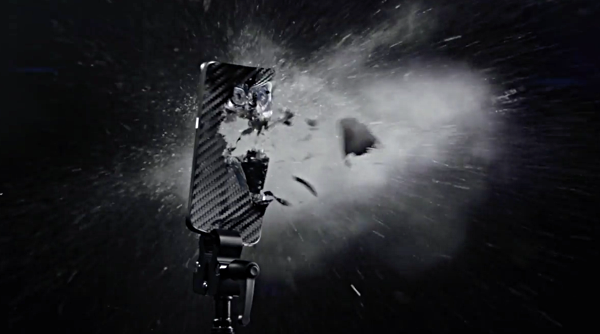 Rather than bending the new Galaxy S6 Edge using his bare hands though, the man actually took a Desert Eagle semi-automatic pistol to it. As if that wasn’t interesting enough, the whole thing was recorded in slow motion and at 4K resolution. The result is a truly impressive video which shows not just a gun behind fired in slow motion, complete with a bullet casing being ejected, but also the aforementioned Galaxy S6 Edge being absolutely obliterated. We can’t help but think the video would have been just as impressive if the phone in question wasn’t Samsung’s new flagship smartphone but we suspect less people would watch the video otherwise.

Be sure to check the video out for yourself and if at all possible, make sure you do it in 4K. At the very least just make sure you’re watching in the highest resolution possible. It’s worth it.