"Breakup Notifier", an app which made stalking a much better experience by letting you get notified of the breakups of your stalked targets, came out on Monday this week and has already been shutdown by Facebook, but only after it had already acquired 3 million users. The developer of "WaitingRoom" worked hard to overcome the shortcomings of "Breakup Notifier". 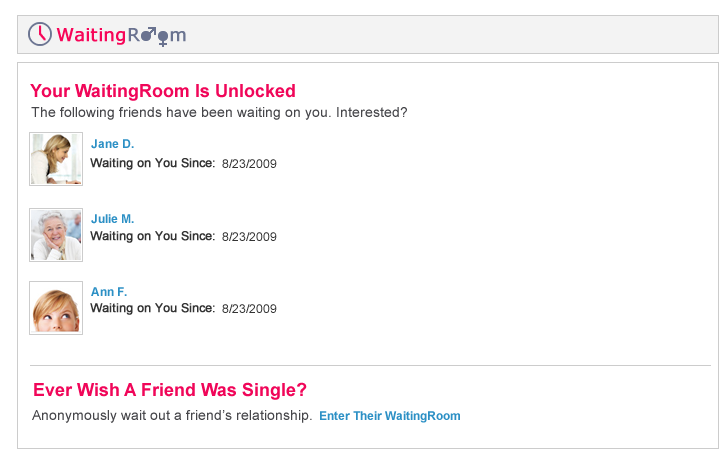 Since getting notified wasn’t just enough, the ingenious developer of this app worked on one beautiful principle: encouraging the breakup. Yes, that’s what this app is helpful for and this is how it works: When you select the target friend, the WaitingRoom app sends an email to the stalked target letting him/her know that someone is in the "WaitingRoom" (target may not need to have the app installed). The app doesn’t disclose the name of the person in the WaitingRoom unless the target changes his/her relationship status to single.

The developer beautifully puts his idea in the following words

If you’re already in a relationship WaitingRoom will give you the confidence to become single again — if that’s what you really want.

Rightfully said, the app gives you confidence to break up by letting you know there are admirers in the waiting. The best part? You really need to break up (sort of) to reveal the identities since change of status has to be done publicly and should be kept to single for at least 48 hours.