Unlocking iPhone And Other Smartphones Now 100% Legal, Thanks To Obama

If you’re a cellular customer in the United States, today marks a very important day for you. As of today, cellular unlocking is legal in the U.S. again – which basically means you can now unlock your mobile phone, including the iPhone or any Android smartphone, to work on any carrier in the country. According to the White House, President Barack Obama is signing the Unlocking Consumer Choice and Wireless Competition Act today.

The Act, which was brought on by Senator Patrick Leahy, and was already agreed upon by both the Senate and the House of Representatives, essentially reinstates a copyright exemption that legalized the modification of a mobile device’s firmware in order to remove carrier restrictions, both by the owners/consumers of the device, or authorized third-party sources. 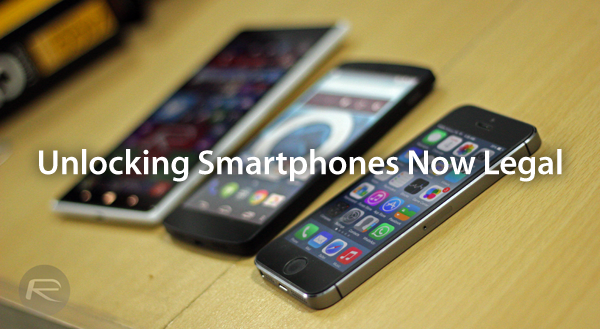 The Act was one of the several proposals that floated earlier last year regarding the issue of cell phone unlocking. It came as a result of not just several calls taken by the White House itself, but also an online petition garnering over 100,000 signatures seeking to legalize cellular unlocking once again. Ultimately, it was Sen. Patrick Leahy who made the move and got the bill passed from both the Senate and the House, and finally signed by President Obama to become a law.

It’s noteworthy that even before today, certain efforts were being made outside of the lawmaking process to give customers more freedom in terms of their choices when their carrier contracts were up. Most notably, the FCC had made a deal with major wireless carriers in the U.S. for standardizing the phone unlocking process, which was a clear example of concerned parties’ earnest interest in doing something in the matter.

From the U.S. law perspective, the debate (or the issue) is far from over. Even though cell phone unlocking is legal as of today, it goes back to the discussion table every three years where the Librarian of Congress gets to decide whether the bill should be extended or not. It’s just like what happened once before as well, when unlocking was made legal till last year through a temporary exemption to the DMCA. This time around, it’s going to stick for a while, but what happens after three years – we know not. Still, for now, enjoy unlocking your mobile device and getting a carrier of your own choice, if you will.