A new update has been proposed by the Unicode Consortium which would increase the number and type of available emoji by adding support for regional flag icons.

The proposed functionality outlined by the updated guidelines would allow companies like Apple, Google, Facebook and others to build in beautiful emoji representations of flags for regions such as the countries of the United Kingdom or individual provinces and territories within Canada. 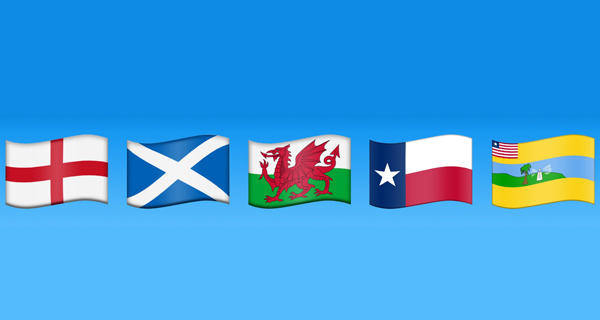 Emojipedia reports that any region with an ISO 3166-2 code would likely be eligible to receive official support in a future Unicode update, with Scotland, Wales, England and, rather bizarrely, Texas being the most requested regional flags by regular users of emoji characters.

If the propose update is accepted and makes its way into Unicode 9.0 for 2017, then it’s highly likely that those requested flags would actually be officially available going forward. Notably, Facebook-owned WhatsApp actually already has support for flags for a wide variety of countries and locations, but these are integrated in an unofficial capacity, using unofficial country codes.

The Unicode Consortium may have proposed the update, meaning that it thinks the correct way forward is to offer this level of integration to vendors and users, but it has stopped before actually making any specific recommendations of the flags, territories and regions that should actually be supported with the update.

What that basically means is that companies like Apple, Google and others would be free to choose which regional flags would be supported in their own platforms. So, for Apple as an example, we could see a real mixed bag of regional flags being offered in future version of iOS and macOS. 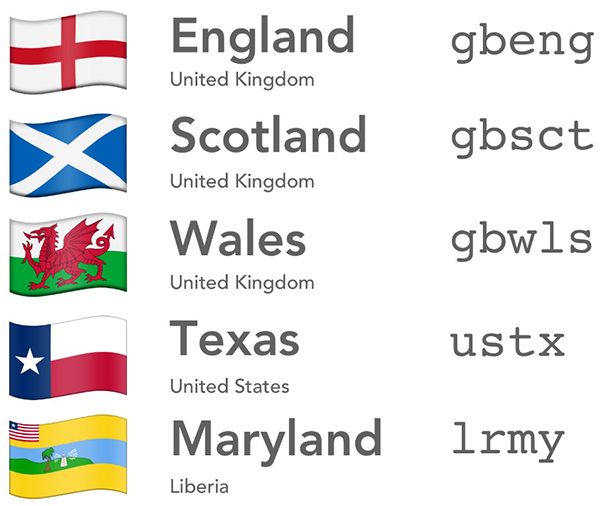 According to Emojipedia, the Emoji 5.0 update could be integrated and released as early as the first half of next year, although at this stage this is a speculated update with no official confirmation of a guaranteed availability schedule, The Unicode Consortium currently has the proposed update out for public review, which is set to last until January 16, 2017.

Many communication and emoji fans who use platforms like WhatsApp across multiple platforms will already be used to being able to send flags of this nature, but it looks as though it will be arriving in an official capacity very soon.