Many of us here at Redmond Pie use Windows on a Mac. There are two reasons behind this controversial use of a Mac. The first is that because productivity takes a huge hit when you can’t find certain things in OS X that you’ve been sub-consciously using in Windows for so many years; we’re not saying these features aren’t there, it’s just that it takes extra time and effort to find them. Secondly, there are a few programs that are either not available on OS X (Windows Live Writer and Visual Studio is a prime example) or doesn’t work as well (Google Chrome, for instance!).

Installing Windows on a Mac is easy, but when using it you will notice certain limitations. The most immediately noticeable limitation is the bad touchpad support. Moving from the smooth, gesture oriented touchpad of OS X to Windows can be a jarring experience.

But that doesn’t have to be the case anymore as we’ve come across a third-party touchpad driver that gets rid of these touchpad limitations. Check it out after the jump. 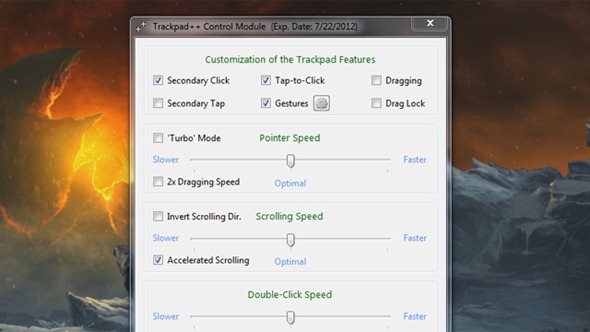 Developed by Vladimir Plenskiy, TrackPad++ is a software driver for MacBook Pro and MacBook Air touchpads that significantly improves input. Instead of the dumbed down support that come with official Apple drivers, TrackPad++ lets you enjoy essentially all of your favorite gestures and familiar scrolling from OS X on Windows.

Not only do you get the default OS X three and four finger gestures like swiping, tapping for actions like going back / forward, zooming in and out, maximizing or minimizing all windows, but you can also customize them to whatever you like. You can choose between inertial and inverse scrolling (used on iOS). There are even options to ignore accidental taps on the touchpad while typing. Additionally, the software claims “improved pointer ballistics”, bug-free dragging and an extra control module for even better customizability. 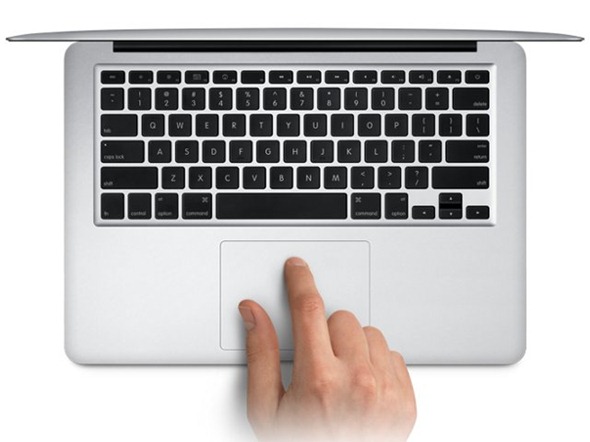 Download link and installation instructions can be found on the official website here. Please note that TrackPad++ only works on Windows 7 on unibody MacBook Pros and Airs.

Be sure to let us know what you think of TrackPad++ by leaving a comment over on our Facebook and Google+ page.

Check out our Windows Apps Gallery to discover amazing new apps for your PC.