Today would mark the 60th birthday of late Apple co-founder Steve Jobs, and Tim Cook honored the great visionary with a tweet while quoting one of his sayings. Head on over the jump for more details.

Jobs passed away in October 2011 due to pancreatic cancer, but the man had achieved much of what many would dream of by then. The Apple co-founder started out with Steve Wozniak and Ronald Wayne with the company based in a garage in his home in Los Altos, California in 1976. Nine years down the road when the Macintosh had been a hit, Jobs was famously ousted out of the company in a power struggle, with Jobs moving on to find a startup called NeXT Computer, which by a twist of fate, saw Apple acquire in 1997, bringing Jobs back as Apple’s CEO. What followed next is the success story of a man and a company that can be seen today. 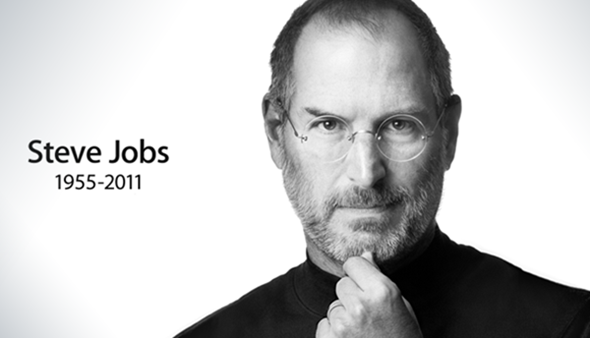 In 2005, before the release of the first iPhone, Jobs at a commencement address at Stanford University had said that, "the only way to do great work is to love what you do," and the great man’s life and work exemplifies this heartfelt statement. It is no wonder Cook used Jobs’ address in his tweet to remember the man who took Apple to heights unimaginable at that time.

One of the most valuable company in the world, Apple is bustling with success with Cook at the helm these days, and has reported the highest most profitable quarter in the history of any company by the end of 2014. 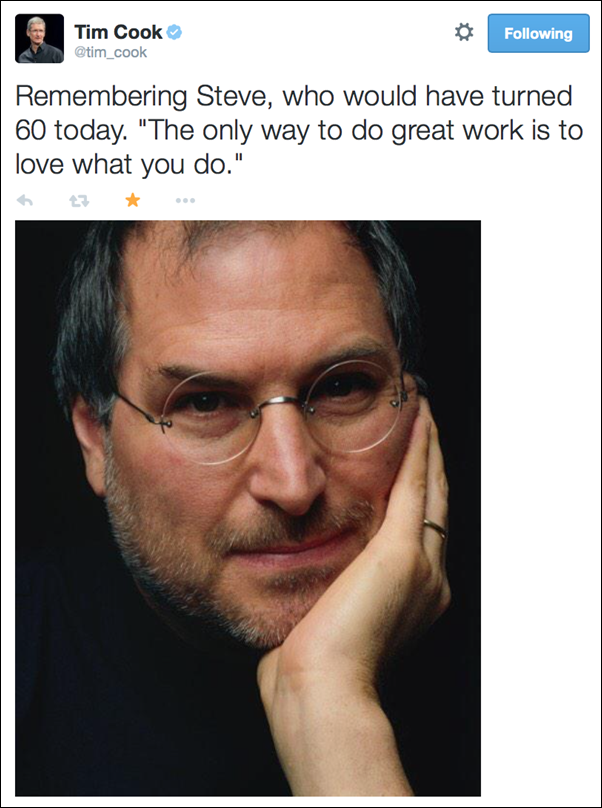 Jobs’ leadership saw the company release the iPod, iPad, and iPhone products which are literally part of the pop culture today, and it’s funny how the original iPhone released in 2007 was brushed aside by pundits as a product that was not going to change much, let alone revolutionize the smartphone industry, or rather introduce it. Cook took over a company that was literally built from scratch by his predecessor.

The Apple Watch would be the first new product category to come out of the Apple camp since Jobs passed away, and is set to introduce the company into a totally new wearable technology market.