There seems to be a growing trend in the world of iOS for apps and tweaks that allow users to use gestures, taps and swipes to navigate within an application, or when it comes to Cydia-based packages, even navigate around the OS. The SwipeNav tweak from Cydia continues that trend of implementing swipes but does it in a different way compared to how others have gone about it. 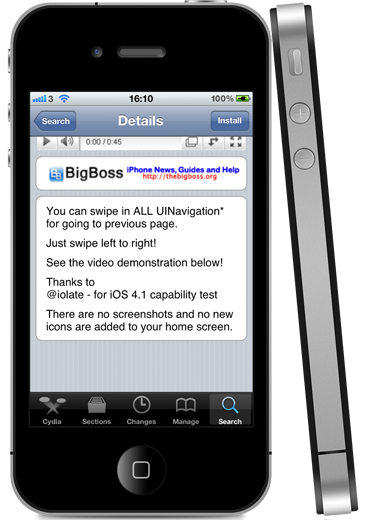 SwipeNav is essentially a tweak that changes the underlying way how a UINavigationBar is handled. For those who don’t know, a UINavigationBar is basically the top bar that appears in an app below the status bar which is a placeholder for the ‘Back’ button and allows users to navigate to the location from where they originally came from. Not all apps contain this type of navigation setup, but a number of Apple’s native apps are built upon a UINavigationController.

On a standard installation of iOS, the default behavior is to provide a back button that is labelled with the title of the previous page, allowing users to seamlessly get back to where they came from. However, SwipeNav aims to change that by also allowing a left to right swipe to achieve exactly the same result. This tweak is not to be mistaken for duplicating functionality that is provided by other tweaks like Zephyr which allow navigation between apps, as it only works with packages that are developed with a UINavigation setup. 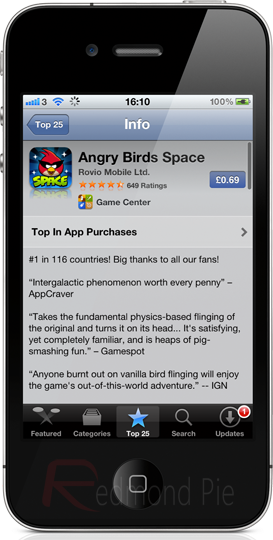 Once installed, the tweak doesn’t append the home screen with any additional icons, but instead just finds itself at home as part of iOS. Obviously there is no way that this could be tested with all apps that feature a UINavigation system, as the App Store contains literally thousands of apps, but due to the way it implements itself it should work without issue on all third-party and native applications. In the future, it is likely that we will see certain gestures of this kind being implemented by Apple as a native part of iOS, but until then, jailbroken developers will continue to bring us the innovations.

SwipeNav is available as a free of charge download from the BigBoss repository and is compatible with jailbroken devices running iOS 4.1 or above.