Many of you will probably not use Siri often enough to have realized, but when the voice-recognition software is in action, banner notifications are disabled by default. Clearly intended to free up as much of the interface as possible for the information yielded by Siri, it’s perhaps counter-intuitive to enjoy one feature whilst forgoing another, and thus, jailbreak developer Sirifl0w has created a tweak to enable the notifications when consulting Siri.

Looking at the screenshots of the tweak, named Unveil, in action, you can, to some degree, see why Apple has chosen to deactivate banners. They impinge on the text of Siri, and although the Cupertino company could have coded Siri’s text to move down slightly, deactivating the banners for what is usually only a couple seconds of Siri use was probably the easier option. 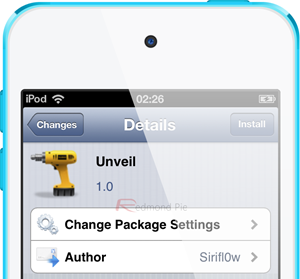 If you use Siri quite a bit, and do not want your notifications prevented from showing whilst you are performing a voice query, then Unveil is the perfect little addition to your repertoire of tweaks.

As you can imagine, there are no settings to configure; you simply install, and your banners (provided you’ve activated banner notifications for the apps you want to view), will show, even when using the Siri feature. If you no longer want to see banners when using Siri (cannot think why you would not, but I digress), you simply uninstall the tweak via Cydia.

Unveil is absolutely free of charge, which is always a plus, and if you wish to get started with it, you can find it over at the BigBoss repository.

Of all the newer features of iOS post iOS 5, banners have probably garnered a better reception than Siri itself, and whereas Apple will only allow you to enjoy one or the other, the Unveil tweak ensures you can have both.

Search for it in Cydia, install, and feel free to offer your opinions / critiques by posting a comment via our Facebook or Google+ pages – we always like to hear from our readers.