This Is A Must Have App For Rooted Android Devices

There are lots of benefits to rooting your Android device, many of which we’ve touched on at length in previous articles. The best thing about it, in my opinion, is the fact that you can get right into the guts of the Android software, and although Google’s mobile OS is quite a bit more flexible than, say, iOS, rooting can still be a very advantageous and fruitful pursuit. Without meaning to continue in the theme of morbidity, if rooting were the practice of dissection, the eXperience tool could perhaps be seen as the noob’s meat cleaver, for it allows you to really explore the depths of what your Android device can do, and with a broad repertoire of features, it’s a must-have for any fledgling rooter.

Of course, if you’re a veteran at this rooting business, you may find this to be a little below you, but for those who’re at beginner or intermediate level, eXperience will gently ease you in with its neat interface. 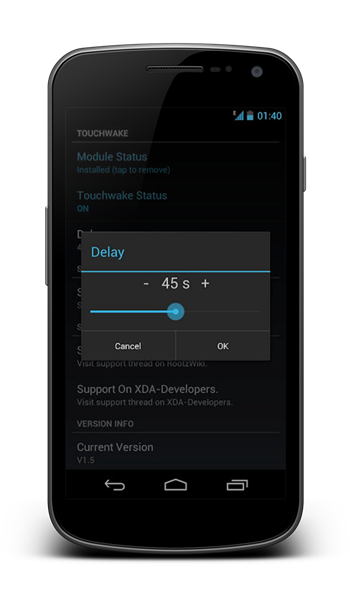 Touchwake is easily eXperience’s marquee feature and allows, whenever the screen times out, for it to be activated again with a simple touch. It’s perhaps even less effort than nudging a mouse when your computer’s display decides to take a nap, and although probably not a good function for the smartphone (accidental pocket presses), Touchwake would seem a convenient little feature for a tablet. 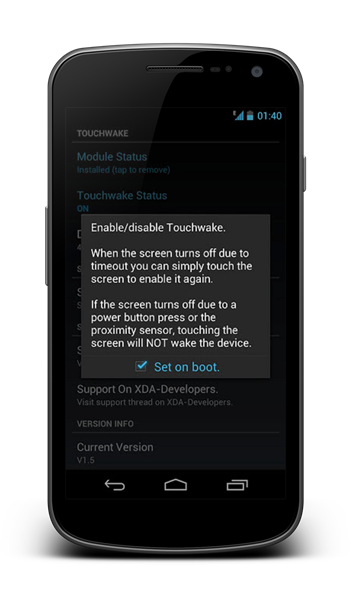 There’re plenty of other goodies bundled into eXperience, including Music Control, which lets you to control playback using just the volume buttons, and CPU Control, which allows you to edit CPU frequency steps by adding and removing them, or simply adjusting the voltage.

There’s an extended list of the devices eXperience is compatible with over at the Google Play Store, and it’s a rundown that includes gems like the Nexus 4, Nexus 7, and the international edition of the Galaxy S III. It does work for other devices besides those listed, but obviously, we’d encourage using the free, test version of eXperience before pressing ahead and paying $3 for the pro version. 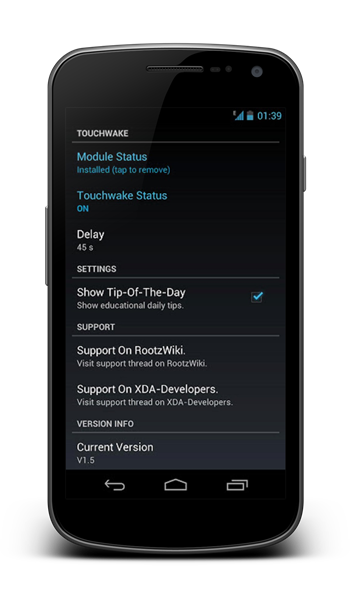 Either can be downloaded via the links provided below, and be sure to leave your thoughts on the app in our new comments section just underneath the post.

(Source: eXperience Test / Pro for Android on the Play Store)