Since the introduction of Siri along with the iOS 5, there has been a strong number of Cydia tweaks based around voice dictation. In order to use Apple’s system-wide voice dictation technology, you need to be in ownership of an iPhone 4S / iPad 3 or newer, but thankfully, the jailbreak quarters are considerably more accommodating. If you like the idea of text being read out by a voiceover software, you may like the Awake Speech tweak, which allows a custom message to be read out after you disable or snooze your alarm.

Although Awake Speech is perhaps not the kind of tweak jailbreakers will have necessarily been crying out for, it does have a considerable array of uses. You could use the message as a chance to feed yourself an inspirational quote or mantra, for example. If you’re of a certain religion, you could start the day with the reading of a prayer. 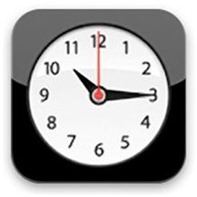 Admittedly, when I first encountered Awake Speech, I did struggle somewhat to see how it would be useful to me, but having tested it out this morning by kicking off with an Aristotle quote, I am pleasantly surprised by how much I like this tweak.

The settings of the tweak are configurable via the iOS Settings app, and as well as being able to customize your text, you can also set the message to repeat a number of times (up to a maximum of ten).

Whatever ideas you have for what you might like Any Speech to say, you can pick it up for free right now at the BigBoss repo, so why not give it a try? It works with any iOS device – not just those capable of running Siri – and does exactly what it says on the tin.

If I could point out one area for improvement, it would be the ability to set different speeches on different days, with some kind of weekly scheduler feature. Nevertheless, as is, it works well, so grab it from the BigBoss repository, and let us know what you think by dropping a comment via our Facebook or Google+ pages!