This iPhone 6 Case Is Magic; Will Charge Your Phone Using Electricity From Air

This new upcoming iPhone 6 case will charge your phone from thin air, well almost. An Ohio-based startup called Nikola Labs is working on such a case and is reportedly almost ready to help you ditch those portable chargers on the go.

Nikola Labs gets its name from Nikola Tesla – in case you haven’t guessed it yet – the famous and revolutionary physicist who was known for his visionary inventions. Taking a cue out of Tesla’s approach, the startup is literally doing something unheard of before, at least in consumer technologies. While the case appears to charge the phone out of thin air, the magic can be explained. 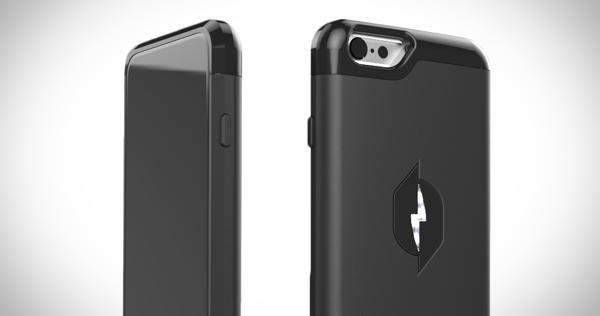 Apparently, the case gets its juice from radio frequency (RF) signals such as Wi-Fi, Bluetooth, and LTE which is converted into DC power. Nikola Labs writes: “Nikola Technology efficiently converts RF signals like Wi-Fi, Bluetooth, and LTE into DC power using its proprietary energy harvesting circuit. The result is usable energy that can provide power to mobile devices wirelessly.” Here we were believing that wireless charging would redefine our charging patterns.

Using an antenna in the case, the RF signals are harvested and then fed to an RF-DC converter as it harvests all ambient electromagnetic waves being produced by the phone for connecting to cellular networks, Wi-Fi, other devices via Bluetooth, etc. The result is an extension of the iPhone 6’s battery life by up to 30-percent, which is pretty amazing given where the power is being harvested from.

This RF harvesting technology was first developed at the Ohio State University but was later transferred to Nikola Labs that has now licensed the technology and patents. According to the company, this new case which has not been named yet, will be launched on the the crowd-funding platform Kickstarter for $99. Nikola Labs hopes to start shipping the cases in the next four months, while reaching retail stores could take as long as a year. 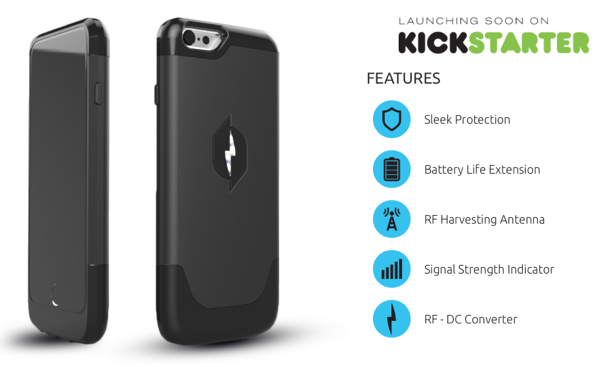 With no external source required for charging with this technology, there’s a lot of scope for this tech to be used in smaller electronic gadgets which don’t carry such large batteries, such as fitness trackers, smartwatches and more, to significantly extend the battery life on the gadgets.

You can find more information about the case by heading over to: nikolalabs.co