This iOS Game Lets You Play The Role Of A Hacker

Hacking, as we’ve seen on many occasions, can be used for good as well as evil, or at least unscrupulous ends, but a new game for iOS by the name of 868-HACK plays down the wider issues by letting you have fun and essentially become a computer geek yourself. Of course, since it’s made purely for entertainment, there’s nothing amiss (although one suspects some App Store browsers may be initially off-put), and once you get into it, there’s much fun to be had.

The first thing you notice about 868-HACK is that it’s a bit of a throwback. From the graphics appearing based upon the Space Invaders era to the Pacman-esque movements of the small grinning face you need to move around in order to begin "hacking," 868-HACK feels very much like a lost eighties treasure. 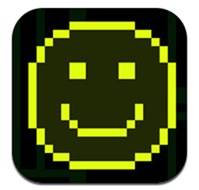 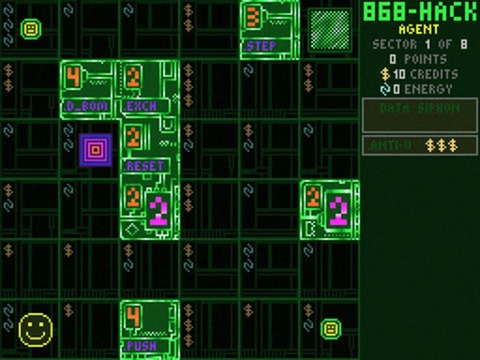 Speaking of Pacman, the plot of the game seems also to borrow quite a bit from the classic title, with the main objective to push the smiley face around as quickly and stealthily as possible and consume data before eventually getting caught.

Unlike Pacman, though, the iOS title is a bit more of a thinker’s game, and success is largely dependent on how well you can refine your strategies. With a total of eight levels, it’s plenty challenging enough, and as you consume your data, it’s up to you where you extract it in order to fend off the onslaught. 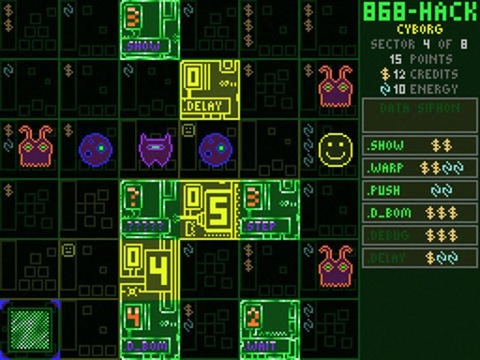 With different data packages offering all manner of different abilities, it’s a title that becomes crazily addictive, very quickly, and if you do like a bit of strategy, 868-HACK is definitely the kind of title you’ll want to try out.

It costs $6 over at the iOS App Store, and can be downloaded via the link below. There’s also a version in the pipeline for the PC, so if this does challenge you enough to want more, we’ll be keeping a lookout for that release. 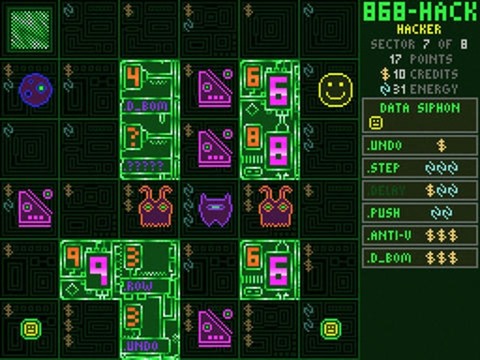 In the meantime, grab 868-HACK via the link, take it for a spin for a while, and be sure to leave your thoughts below.