At last week’s Worldwide Developers Conference, we half expected Apple to take the wraps off a fourth-gen Apple TV device. It would, according to reports and rumors, pack improved hardware and gaming support, but like the teased prospect of other new hardware being announced at WWDC, it did not materialize.

Since iOS 7 and continued through iOS 8, Apple devices are now better able to communicate with each other. P2P technology has spawned a series of apps such as FireChat, for example, but while Apple may be stalling on bringing proper gaming support to Apple TV, a little company called Rolocule Games has taken full advantage of the connectivity currently available in creating Dance Party. 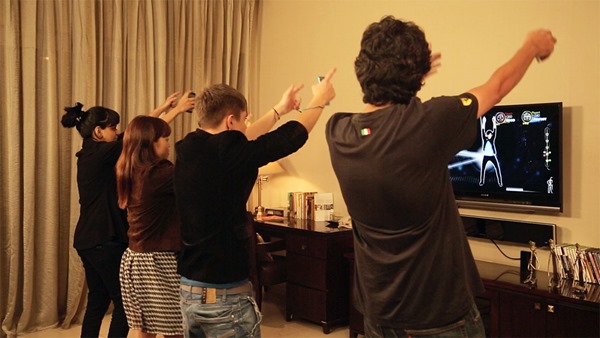 Immediately, it sounds like the kind of game you would play on a Nintendo Wii, and in fact, it’s very similar. In short, it enables an iPhone to be turned into a makeshift Wiimote controller, and with multiplayer support as standard, several users can connect and play what looks a very enjoyable dancing title. 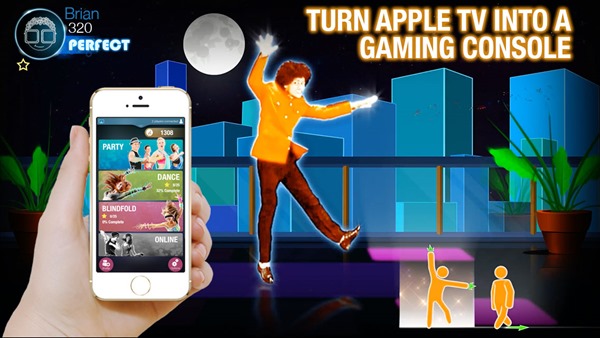 Given that the iPhone packs a myriad of sensors, it was perhaps built to perform these kinds of actions, and with Rolocule’s “rolomotion” technology, it has become a reality. Having recently scooped the Silver Edison Award for best Entertainment innovation, the rolomotion tech. is essentially the workhorse of the operation, tracking movements and in turn beaming the outcome to Apple TV. 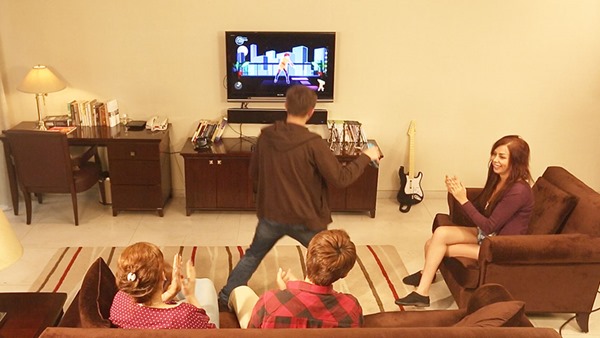 So advanced is the rolomotion technology, that user statistics are all logged as the game is being played. So if you want to have fun and keep in shape at the same time, Dance Party looks a pretty good way to achieve both of these goals, and with effortless syncing with the upcoming HealthKit for iOS 8, it would appear that Rolocule has left nothing to chance during the creative process. 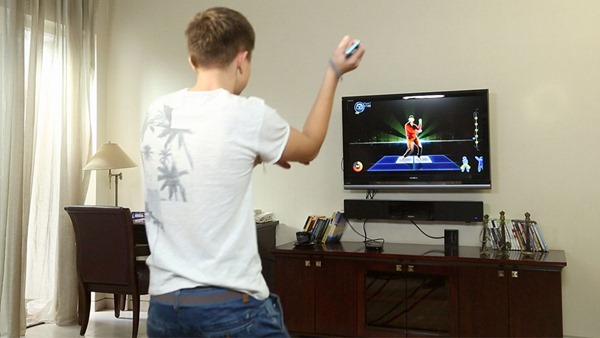 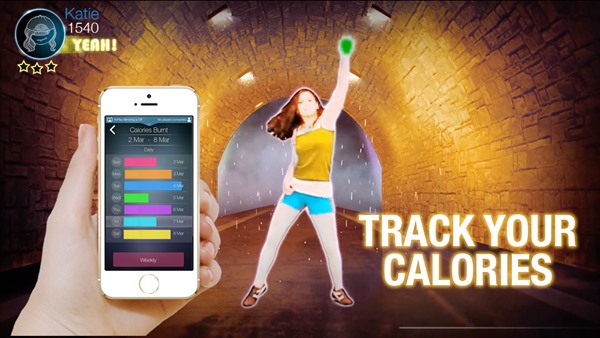 Set to hit the App Store next month, you’ll need an iPhone 4s / 2nd-gen Apple TV or newer in order to enjoy Dance Party. The first of its kind, it will surely pave the way for other developers to create similar experiences, and given the fact that we are still hoping for some new Apple TV hardware this year, we’re very excited to see where this may eventually lead.

Check the trailer of Dance Party in action, and be sure to leave your comments below.