Every once in a while we come across something that blows our minds a little bit more than they already were. Often it’s some fancy new technology or computer, and we’d use the recently released Mac Pro from Apple as a prime example. Thankfully the thing we’re about to tell you about won’t cost as much as a small car, but it’s just as cool.

Kickstarter is often home to some weird and whacky projects, and the onE Puck from Epiphany Labs is one fine example of that. Looking like a little metal hockey puck – hence that name, presumably – the thing doesn’t look all that spectacular apart from the somewhat over-engineered aesthetic. Spin it around and you’ll notice something odd though. This little puck’s got a USB port on it.

See, the onE Puck is actually a phone charger, but it’s a phone charger like no other you’ve ever seen before. That flat surface is there for a reason other than to look good and gather dust. It’s for putting your drink on. 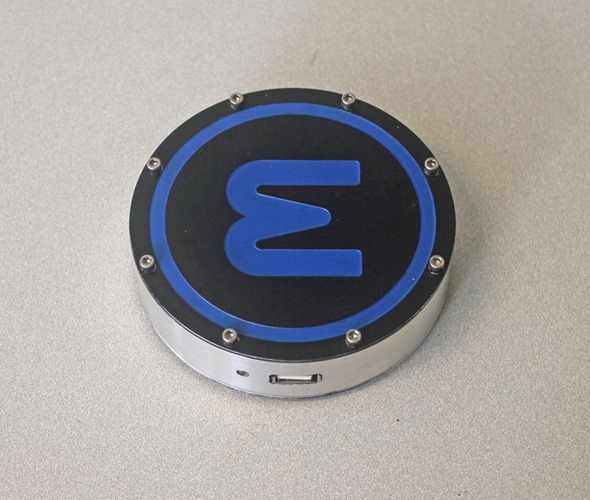 You may think that’s the end of the story. A charger that also doubles as a coaster. How quaint.

But you’d be wrong, because whatever you put on that little puck is what provides the juice for the charging magic. And yes, that was a juice reference about something that charges using liquid. Go us!

The whole thing works because it has a stirling engine inside. That engine, apparently, works thanks to heat disparities. Put something hot or cold on it, and it will use that energy to create electricity. It then shoves that electricity out through a USB port. Magic it might not be, but it’s pretty damn close. 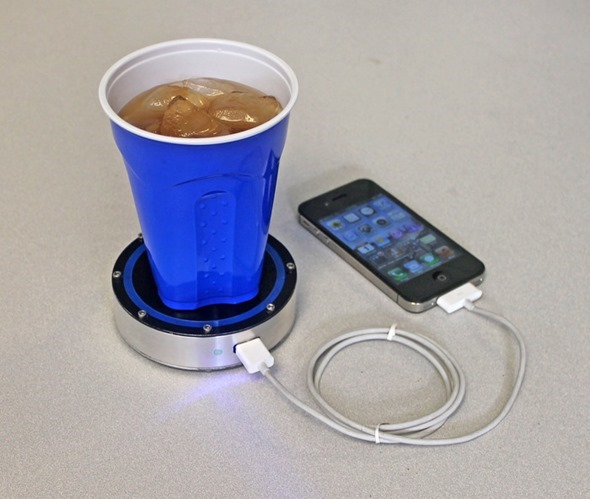 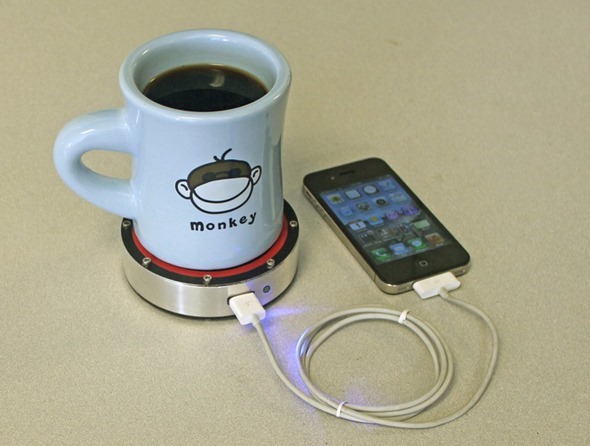 The Epiphany Labs onE Puck is already funded, so hopefully we’ll see them readily available soon, but it’s yet to be known when, but digest this word: soon. $115 was the entry price, so the onE Puck can’t be accused of being cheap, but still a price tag is well, a price tag, and we have to digest it whatever it may be. It’s not going to charge anything for too long either thanks to the nature of the beast, but there’s no doubting the cool factor.

And yes. That was another pun.