Still not content with the flat typing experience on your iPad? No issues there, you can easily give your cherished Apple slate’s keypad a more tactile feel to it, and I’m talking about the on-screen keyboard. So before you tell me to get out of here, read on after the jump for a closer look at this sorcery.

Tactus Technology has just revealed a product born out of an effort of quite a few years, where to put it simply – the company has been attempting to bring texture to displays. Not quite there yet with average displays in our homes, but this new ‘Phorm’ case that Tactus has released is bringing the tactile experience to your iPad mini. Using ‘microfluidic’ technology, the developers have been able to create a clear display that raises up certain portions of the screen as buttons. ‘Phorm’ takes that tech and has been molded into an all-in-one case, keyboard and screen protector, with the user able to enable tactile buttons on demand with the flip of a switch. The screen protector here is the display Tactus is using to push the fluid through to raise the buttons, but eventually it hopes to incorporate this technology into all existing panels from various manufacturers in the future. 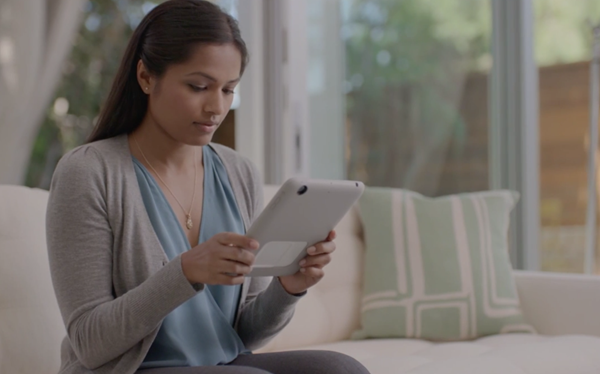 Honestly, unless and until we get a first-hand experience on this piece of magical tech, we can’t say for sure what it’s like to use one, but for users who are more accustomed to tactile keyboards on their devices, Phorm could be the ultimate contraption they were looking for. The fact that you get access to an almost physical-like keyboard, without compromising on the flat and clear display is an amazing one to say the least. A simple shift of the switch at the back to the left or right, triggers and removes the tactile buttons pretty quickly, allowing you to type away as normal when wanted. With an obvious issue being the lack of landscape keyboard support, Phorm may not be a complete replacement tech for your iPad yet, but the very existence and maturing of such a technology spells for a hopefully amazing next few years where we might be able to see such a technology be included into tablet and smartphone displays with smarter, and context aware tactile panels.

Currently available for the iPad mini, Phorm can be had for a $99 introductory price. Tactus is also planning on releasing an iPhone 6 Plus Phorm case soon enough.

If you’re interested, then simply point your browser to: getphorm.com