Our smartphones play such an important role in our day-to-day lives that it is extremely easy to think of them as a digital companion that is there for us whenever we need them. Having that reliance on technology brings with it a set of pros and cons, but just like any real-world companion it isn’t feasible to expect that we can have access to our phones 24 hours a day to accept and reply to incoming messages. The developer of SMS Replier has obviously given that issue some thought and has developed his own solution for Android owners.

The average smartphone user will arguably receive a large amount of incoming messages or calls each day. These could be phone calls, text messages or emails. At some point in time the user of the device is going to be away from their phone, asleep, in a meeting or just simply can’t muster the energy to talk to the person who is trying to get in touch. SMS Replier acts a text message based out of office assistant, and has the ability to automatically send SMS replies to those who have tried to contact us but failed. 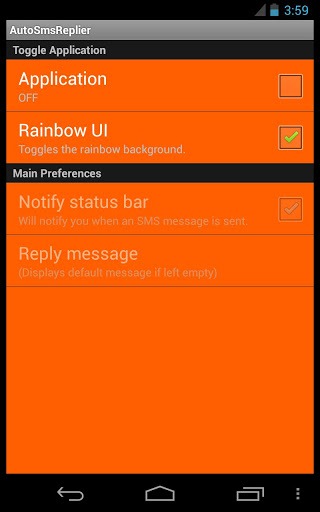 The app is extremely simple and doesn’t try to be anything it’s not. When an incoming phone call is received and subsequently missed; SMS Replier will spring into action by composing and delivering a pre-defined text message to the number of the missed call. It may not seem like the most advanced app in the world – and we have similar things like this in the past from third-party developers and the likes of Apple – but the simplicity of the app and its concentration on one task should definitely appeal to a lot of Android users. 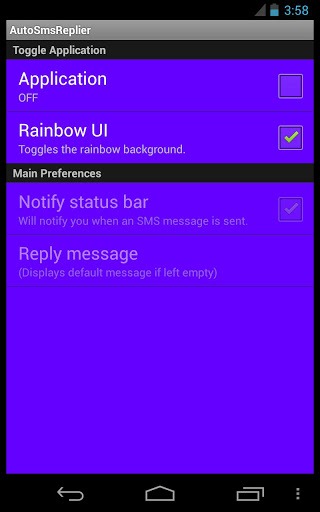 In addition to the messaging features, SMS Replier also updates the status bar of the installed device with an information based notification that informs the user of when a message was sent and who it was sent to. Quick access is also granted to the application and its internal settings through a constantly displayed system notification in the status bar of the device. Simple, useful and likely to be a popular installation. 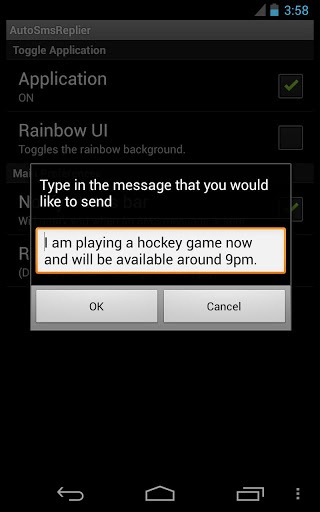 (Source: SMS Replier for Android on the Play Store)