This App Audibly Reads Out Your WhatsApp Messages On Android, Adds Voice Commands

Whether you’re into Siri, Google Now, Tellme, or Samsung’s S Voice, there’s little doubt that voice-recognition technology has made great strides in the past year or so. Consumers remain a tad unconvinced, and at present, the standard of voice implementation is certainly not a deal-breaker to most, but like the first grainy VGA cameras we used to see in our mobile phones, we do have a nagging feeling we’re soon to become reliant.

More recently, we’ve seen voice commands bundled into third-party apps, too. With Apple slightly opening up Siri for their own apps at least, we will definitely see in the future iOS devs finally able to make their own apps based partially – or even wholly – on voice, and while the major companies have done a decent job in bringing the technologies up to a substantial level, you feel now is the time where the power of voice can really be put to the test.

WhatsApp messenger is among the first of the major apps to get a taste of voice commands. If you’ve never heard of WhatsApp, it’s the most popular cross-platform messaging service available. Whether on iOS or Android, BlackBerry or Windows Phone, one can send free SMS, images, videos and voice notes with ease, and all for free (providing some form of data connection is in place). For those running on Android, XDA-Developers Senior Member pacosal has released a beta version of Voice for WhatsApp, and it allows you to use your sound hole to control certain functions within the application. 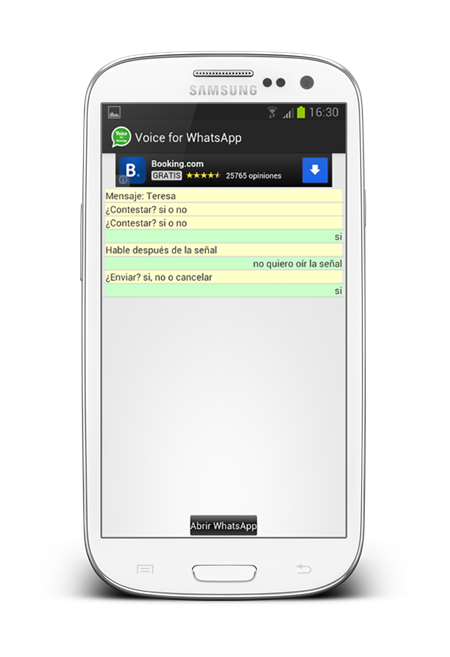 You can use your voice to write your messages, and a voice will also dictate your received messages, should be distracted (or just wishing to show off). When your device receives a WhatsApp notification, the voice implementation will then read out the message. Note: it won’t just randomly begin sounding off your (possibly private) messages at will – it will only do so when the screen is turned on – so if you’re in an environment whereby audible private WhatsApp messages read aloud is seen as taboo , then you needn’t worry. 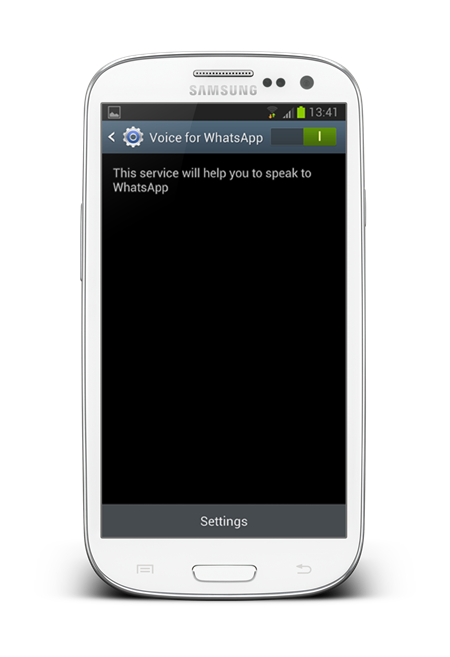 It’s in beta, so it’s a little rough around the edges, but it’s showing great promise, and knowing how many intelligent, hardworking folk exist at XDA, I wouldn’t be surprised to see a very polished version in the near future. In the meantime, if you wish to  give it a go, please download the APK provided here.