If you’ve read any of my articles pertaining to Apple TV, you’ll know what I think of its remote. It’s a prime example of when minimalism is taken too far, and for a company that focuses so much on the user experience, pretty poor form from Apple. But it’s not the only set-top remote lacking in buttons, and even though some alternatives are better-designed, they’re all considered clutter since none of them can control a TV set as well.

The notion of multiple remote controls getting lost down the side of the sofa is simply not in-keeping with the times, and one Kickstarter campaign aims to put this to an end with a novel, all-in-one solution for Apple TV, Roku, Fire TV and Fire Stick owners. 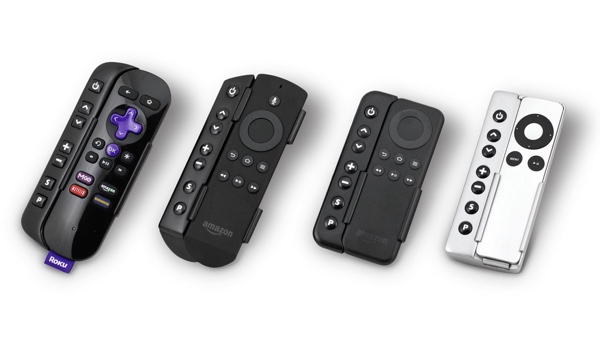 The amusingly-named Sideclick operates as an extension to your set-top’s remote, snugly accommodating the small controller of your Apple TV, Roku, Amazon Fire TV or Fire Stick. For your main TV, it adds a power button, volume and channel controls, and an input selector all under one roof, so you’ll no longer be scrambling for multiple remotes on a day-to-day basis. 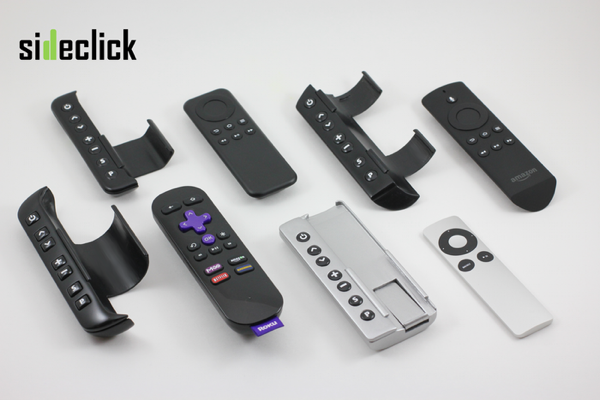 Obviously, if you want to hit some of the more obscure features, like tweaking your TV’s contrast, then you’ll need your usual clicker, but for general, daily usage, the Sideclick will certainly do the trick.

As you can imagine, the Sideclick beams its commands to your TV via an IR blaster, and apparently, setting up takes around a minute. The amount of time it takes to configure is more than made back in the minutes and hours you’d likely have spent scrambling for different remote controls, and if you’re a regular user of these modern streamers, then this is one little toy you won’t be wanting to miss out on. 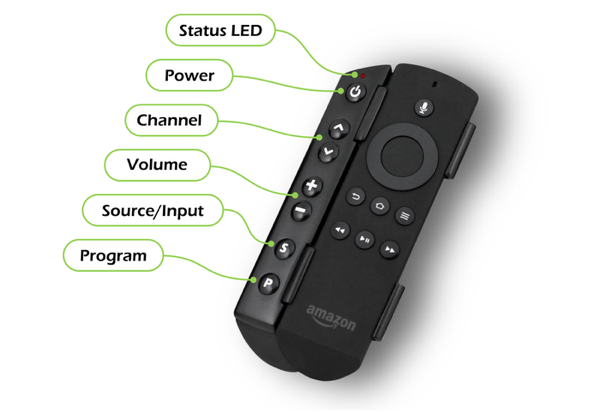 As cool as it may be, the Sideclick still needs your help to see the light of day. Currently a mere Kickstarter project, it has raised a very healthy $73,000 of its $150,000 goal with 1,800+ backers and 30 days still to go – at the time of writing. But with all of the $20 early bird specials having sold out already, you’ll need to move quickly if you want to score yourself a unit for the next-best $25, particularly with only ~350 left out of an initial 1,000 units.