This Accessory Can Add Touchscreen Capability To Almost Any HDTV [Video]

Ever since the movie Minority Report arrived, people have been waiting for computers to progress to the point where we can wave our arms around to control on-screen interfaces. Despite a few false dawns, we haven’t quite got to that point yet, and while the likes of Microsoft’s Kinect have proven that the technology is there, things haven’t quite taken off like some may have expected. Instead, touch-based interfaces like those on smartphones and tablets have become the norm. 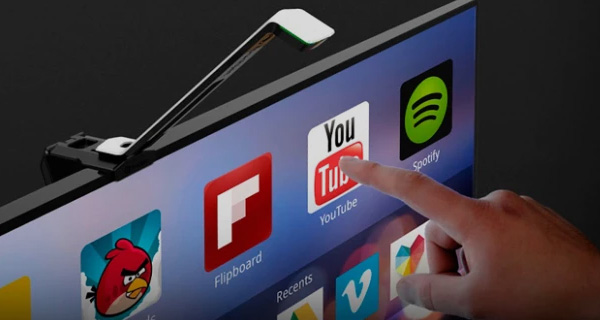 Dubbed the Touchjet WAVE, the piece of kit is actually an Android-powered machine that connects to your TV via HDMI and features an infrared touch sensor (with support for four touch points) that sits atop your television with the help of a mount in a similar way to the Kinect sensor, but instead points downwards rather than out into the room, reading any movement near the TV screen. The device can work with any HDTV from 20 inches to 80 inches in size, and effectively turns the television into a touch-enabled smart TV that can take advantage of Android apps and games such as Netflix, Amazon Prime, Plex or even Fruit Ninja. 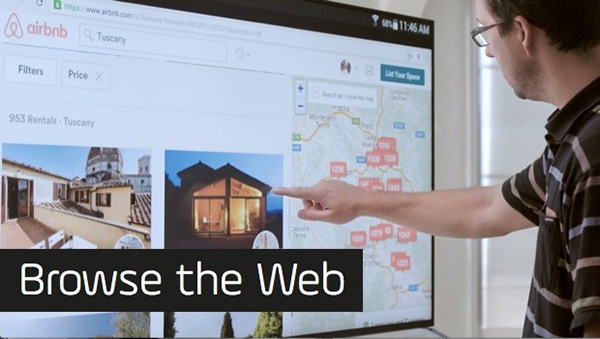 WAVE sports a 2.0 GHz ARM Cortex A9 CPU, 1 GB DDR3 RAM, 8 GB storage, WiFi, Bluetooth, runs a custom variant of Android 4.4 KitKat, and will come packed with an infrared stylus and a remote control companion app for both iOS and Android. 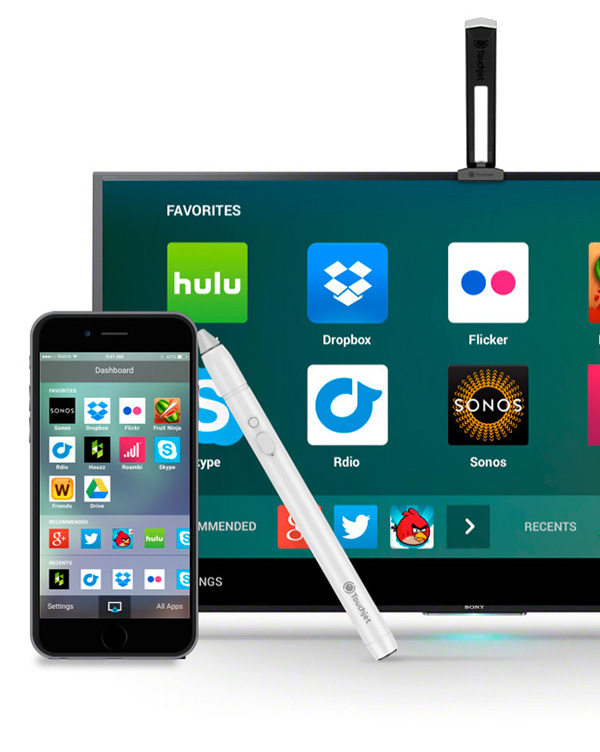 At just a few days old, the project has already obliterated its goal of $100,000. If you want to get in on the action then $119 will get your very own Touchjet WAVE by March next year, and that will include everything you need to get started. From watching the Indiegogo project’s video we have to think that this may be worth every penny, especially if you have a business use for it, and there’s little doubting the technology is interesting at the very least. We look forward to seeing how this thing performs when it starts shipping early next year.