One of the most requested features for an upcoming version of iOS was always widgets. People with iPhones have always looked at their Android friends with all their various widgets and thought – ‘why can’t we have those?’ – we’ve all done it. 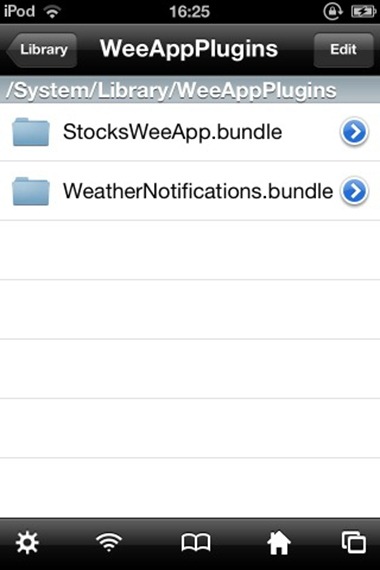 Then, when Scott Forstall put in an appearance at WWDC and detailed iOS5, we finally got the widgets we wanted, though obviously with an Apple slant. Default Stock and Weather widgets were shown off and those are the widgets we’ve been playing with in the iOS 5 beta. But what about 3rd party widgets?

While Forstall and co. never mentioned the availability of an SDK for widgets, it’s almost inconceivable that Apple wouldn’t open up such a feature to its highly talented developers. Imagine an OmniFocus widget showing your overdue tasks, or a Facebook or Twitter widget showing your stream in an instantly accessible format.

According to one blog, this could become a reality.

AppleBox (via iPhoneItalia) went out and jailbroke an iDevice running the first beta of iOS 5 and made an interesting discovery. Housed in a folder named WeeAppPlugins are both default widgets currently shipping with said beta. Could 3rd-party app widgets reside here one day? We see no reason why not especially with news from one developer claiming to have already managed to do just that.

According to a post on 9to5Mac, Twitter user @WillFour20 has already managed to code a test widget to display the infamous ‘Hello World’ message. This shows custom widgets are technically possible, we just need Apple to open them up. 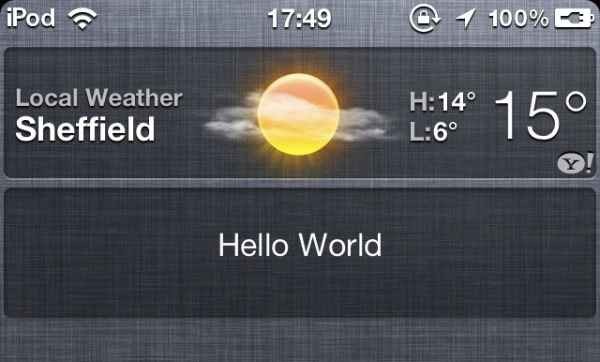 We can’t see why Apple would finally bring widget capability to iOS and then just limit them to two default widgets.

Having said that, they’ve done some strange things before!

Widgets weren’t the only things that iPhone and iPad fans could cross off their wanted lists after Monday’s keynote.
A whole new Android-inspired pull-down notification system was also introduced alongside many tweaks to the five year old mobile operating system.

New iCloud integration was also on the agenda in San Francisco, with PC-Free operation brought about thanks to the new MobileMe replacement. New iDevices no longer need to be connected to a computer in order to activate them, fixing one of the biggest complaints labeled against the platform by new users.