The Rock’s Alarm App For iOS, Android Motivates You To Get After Your Goals

The Rock, or Dwayne Johnson, as his mother probably wants him to be called, doesn’t do snooze buttons on alarm clocks. The man is constantly posting to Instagram, reminding everyone how he gets up early – as if he’s the only one up at silly o’clock every morning – in a bid to make everyone feel inferior. And now, he’s created his very own alarm clock app that will drill that point home each and every morning with annoying alarm sounds, to boot.

Available to download for both iOS and Android for free with absolutely no in-app purchases to speak of as yet, The Rock Clock is essentially an alarm and motivational tool rolled into one. Initial configuration of the app asks you to set a goal, whether that be to lose weight or train for running a marathon. If you’re like me, it may even just be to walk up a flight of stairs without getting out of breath, but whatever that goal may be, The Rock Clock will remind you of it. Oh, and it will let you set a time and have an alarm go off in order to wake you, too. 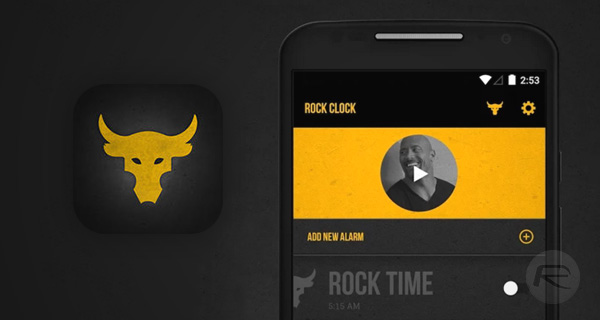 This is where things start to really go off the rails. The alarms are apparently created by Johnson himself, and consist of weird songs and chanting of phrases from his WWE persona. I’m sure the eclectic selection of alarms will jibe with some people, or maybe most people, but they’re just not quite right for me. Maybe I’m just getting a little too old to be woken up by The Rock’s personally-recorded acoustic guitar version of “Good Morning Sunshine.”

There are motivational videos to gorge on as well, if you like that kind of thing, and it’s here – as well as in the alarms themselves – that I expect to see in-app purchases rear their ugly head. 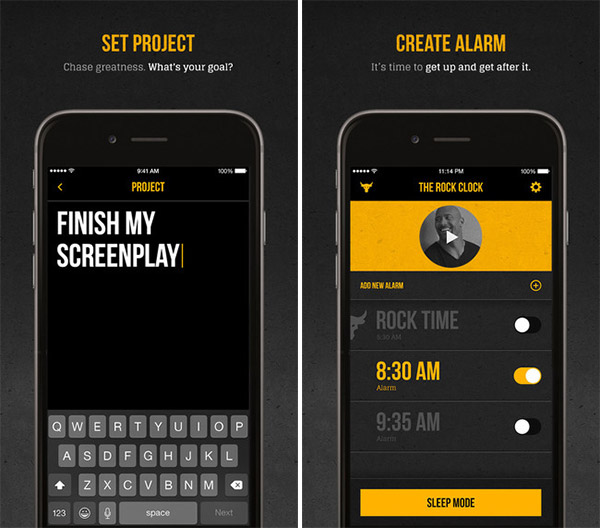 But hey, maybe I’m just old, out of touch and cynical. 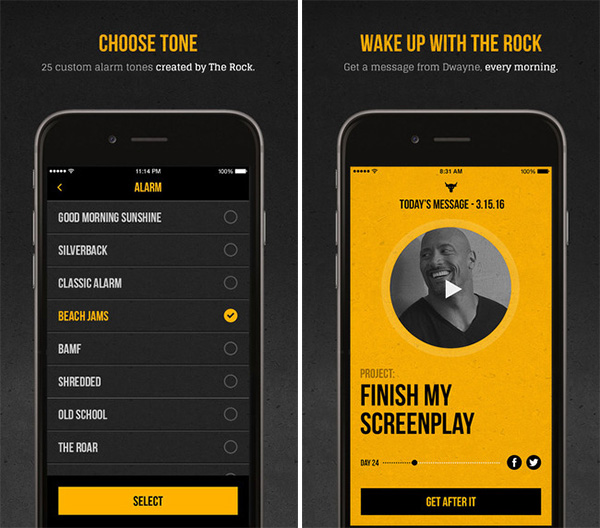