Tablets are incredibly useful for productivity, and considering around 90% of computer users run Windows, it’s safe to presume that when it comes to typing in a document or writing a spreadsheet, most are accustomed to Microsoft’s Office suite.

Despite OneNote making its way to the iPad and Android a couple of months back, there doesn’t appear to be any sign of the Redmond-based company porting its popular umbrella of apps to mobile devices any time soon.

Although it seems as though the software maker is losing out on millions in potential revenue, those behind the third-party apps certainly aren’t complaining, and as such, there are many alternatives to the likes of Excel, Word, and PowerPoint available for both iOS and Android.

Today, we’re focusing mainly on the Google Play Store as we count down a few of the best Office stand-ins for the Big G’s mobile operating system. 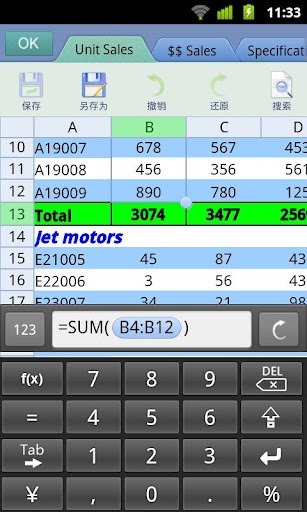 We featured Kingsoft Office a couple of weeks back, and it offers many useful features to those looking to create, export, edit or share documents on-the-fly. You can easily view .doc, .docx, .xls, .xlsx, .ppt, .pptx files, although you cannot edit the latter two.

With this app, which, by the way, is absolutely free of charge, you can create Word documents and Excel spreadsheets in formats supporting Office 2003 and earlier, or Office 2007 and later.

You can also view .pdf files, which is useful since they happen to be one of the more common document formats. Keeping your documents in check has never been easier thanks to the built-in file manager, and you can easily send and receive your documents and attachments through the Mail app. 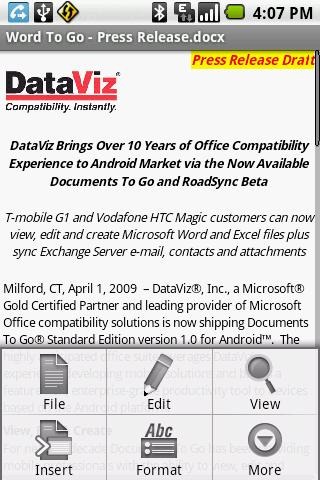 Those looking to edit Office documents while out and about on their Android tablets, need look no farther than Documents To Go by Dataviz, which is widely regarded as the best in its field.

Providing a slick, visually-appealing interface, it oozes simplicity and is brilliantly optimized for mobile document editing. You can easily connect with Google’s new Drive service in order to keep your documents safe and accessible from anywhere, at any time, and it’s easy to see why Documents To Go is one of the most popular choices among Android users.

It’s free to try – you can download the free Viewer app and trawl through your Word, PowerPoint, Excel and PDF files, but if you wish to edit them, you’ll need to purchase a license key, which will set you back $14.99. 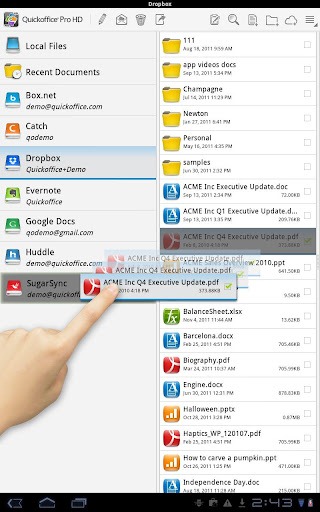 Quickoffice is an award-winning software allowing office documents to be viewed on-the-fly, and as the name implies, its forte is in ensuring tasks can be completed in a brisk, productive manner.

While plenty of office alternatives offer a plethora of features, they sometimes come at the expense of functionality, and the whole experience seems laggy and bloated. Fortunately, Quickoffice manages to include some great features while also sticking with its "quick" motif.

From the moment it’s first launched, it feels like the perfect marriage of tablet and app, and unlike others in the list, time appears to have gone into optimizing the touch interface, with tablet-centric menus aplenty. Photos and text boxes within documents can be easily resized and repositioned, and although it’s more expensive than all of the others at $20, it’s certainly a worthy investment.

If you’re looking for that Office experience on your Android device, then look no further than Quickoffice HD Pro. 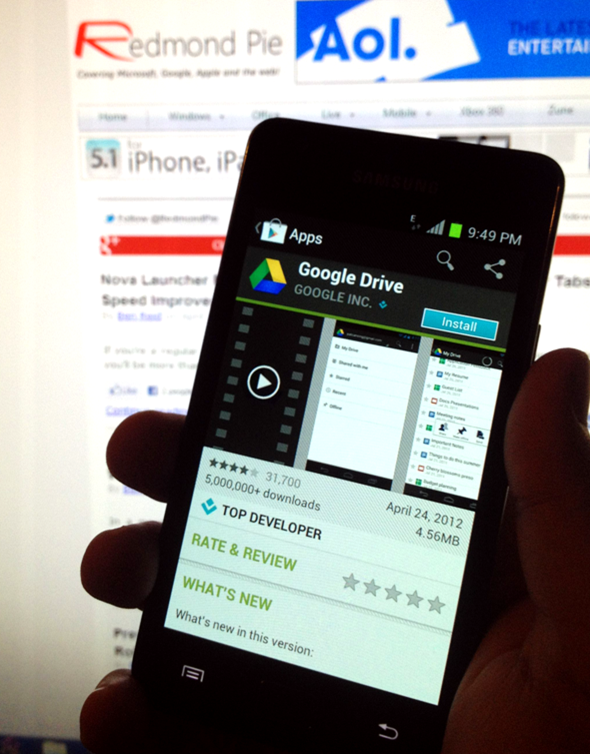 Google Docs, which very recently became known as Google Drive, has long been a worthy Microsoft Office web alternative, and having fairly recently included offline editing, it sneaks itself a mention on this list.

Unfortunately, it does have has more than its fair share of compatibility issues with Microsoft Office document formats, and although importing and editing them is a breeze, saving those files as Office .docx, .xlsx, or .pptx files can be a different matter altogether.

If you’re a Google Drive user on the Web, then downloading this app is a no-brainer, but if you’re looking for a feature-rich, polished experience, you may want to look at the likes of Quickoffice HD Pro. 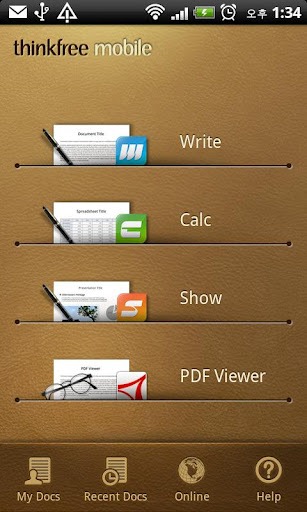 Quite misleadingly, the full version of ThinkFree Office for Android actually costs $15, and if you can get over the disappointment of thinking it was free, actually provides a decent inventory of features.

Importantly, compatibility with Microsoft’s Office files is efficient, and though ThinkFree is probably primarily designed for smartphones, it does a decent job on the tablet too.

All in all, Quickoffice HD Pro comes up trumps, and being the most expensive of our round-up doesn’t prevent it from being the most highly-recommended.

If you disagree, or feel there’s an app we’ve missed, feel free to drop us a comment via the usual mediums below!