If you’re a fan of comic books, specifically those of the Marvel variety, 2012 has been a pretty fruitful year in terms of solid app and movie releases. Every month seems to have brought a new movie and / or mobile app, and with The Amazing Spider-Man now showing at all good cinemas, The Amazing Spider-Man Second Screen app has just been released for Apple’s iPad.

An official offering released by Sony Pictures, it allows die-hard fans to checkout the making of The Amazing Spider-Man motion picture. By syncing with a Blu-ray copy of The Amazing Spider-Man, one can enjoy a full second screen experience, and in each week counting down to the actual Blu-ray release of the movie, new content within the app will be unlocked. 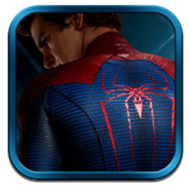 As aforementioned, this is probably a release tailored to those with a real fascination and vested interest in Spider-Man, and one can use the app to sift through production notes, discovering secrets behind the making of the movie. When the app is linked to the Blu-ray copy, the iPad will then become an "interactive movie timeline," offering a unique, behind-the-scenes look at The Amazing Spider-Man. 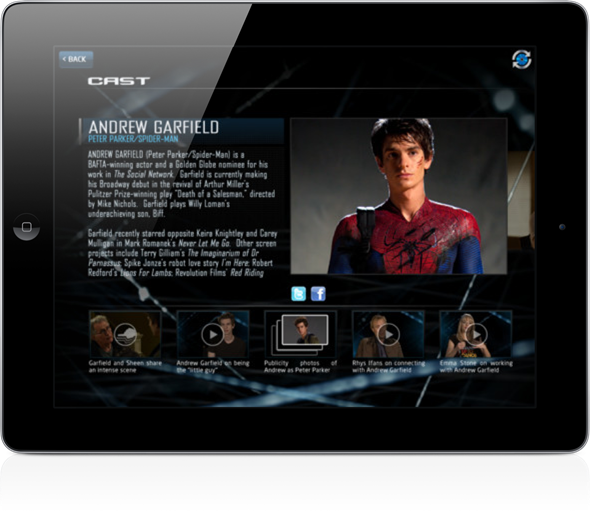 So far, the movie has received a mainly positive reception from movie critics, and with a 7.5 out of 10 rating over at IMDb, it would appear as though the flick – directed by Marc Webb – has lived up to its billing. 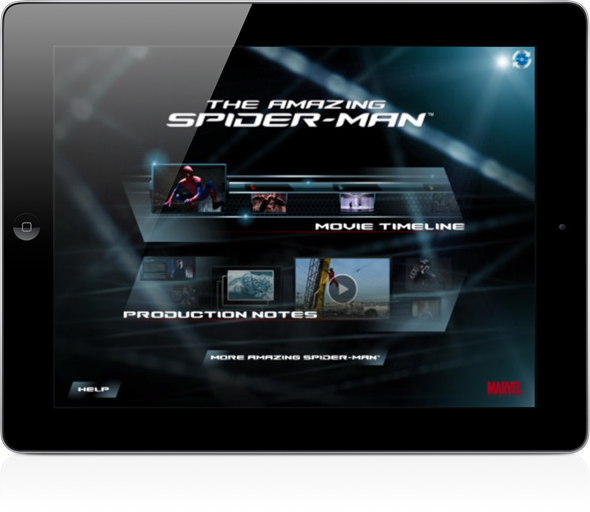 Some of the standout content of the app includes footage of dangerous stunts by Andrew Garfield and the stunt team, photo galleries of costumes and props, interactive models of the Oscorp Tower and The Lizard, as well as filmmaker facts and trivia – perfect for any avid Spider-Man fan. 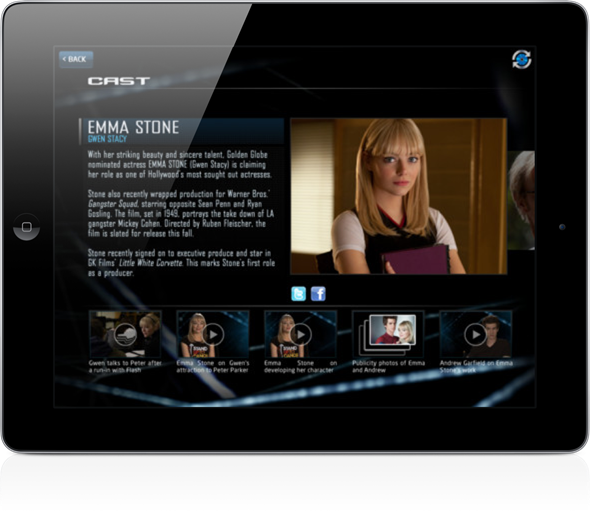 It’s absolutely free of charge, so you needn’t pay a dime in order to download it below from the iTunes App Store. That said, in order to fully enjoy all of its content, you’ll need to buy the Blu-ray at some stage, and newly-released Blu-rays are, as we know, rather on the expensive side. 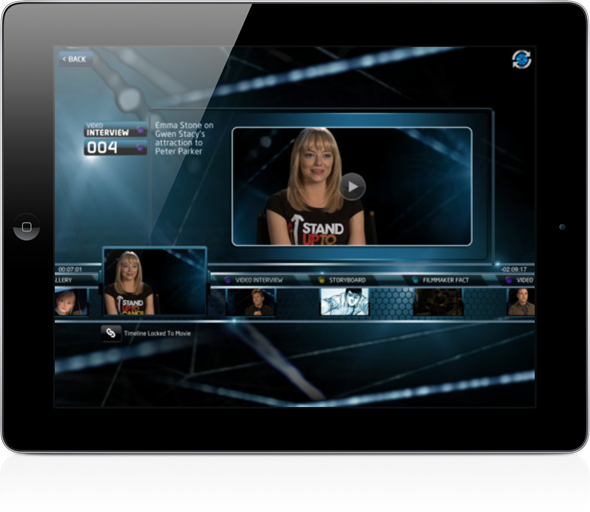