The word "Starmatic" may stir up some nostalgic emotions for hardcore photography fans out there, and although it now exists as a piece of mobile software designed for the iPhone, it initially began life as the Kodak Brownie Starmatic. The physical device was part of the Brownie Star series of devices from Kodak and found itself in production from 1959 to 1963. As well as having a rather interesting name, the Kodak creation was also the world’s first automatic camera and came with Automatic Exposure Control as well as fixed-focus abilities as standard.

That was back then, and this is now. The developers of the Starmatic iOS app are obvious fans of historical photography and have chosen to name their software after the legendary camera. The core functionality of the app is to allow users to snap and then share photographs with each other with the focus being on attention to detail and centering on photographic talent rather than just random point-and-shoot type images. 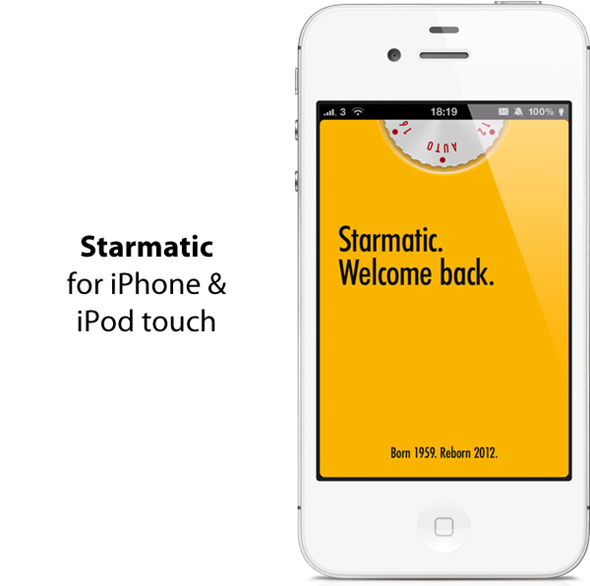 It’s difficult to not make immediate comparisons with Instagram, considering their whole software model is based on capturing images and then sharing with followers, but Starmatic seem to think they can carve their own faithful following. The first thing users will notice about the app is the extremely clinical looking user-interface that makes use of the sliding view controller system that so many apps are now adopting thanks to the likes of Facebook and path making it popular. The interface is extremely simple and self-explanatory, with a number of options being presented in a left hand table view and then pushed into the main view when selected. 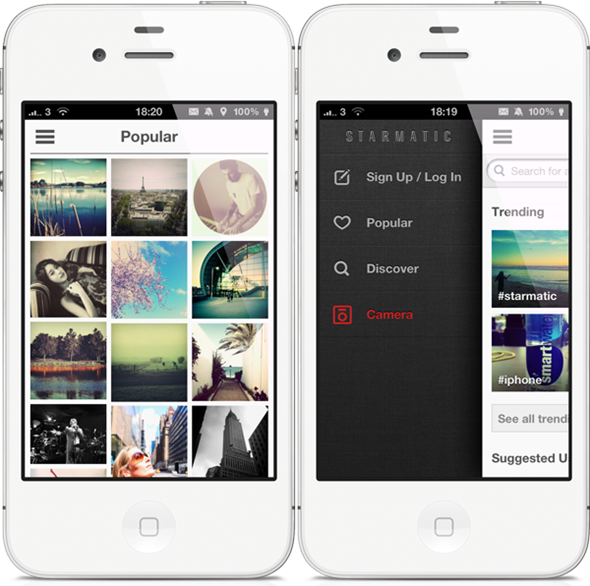 After signing up for an account, users will have the option of navigating to their own feeds, popular pages containing liked images, a discover section to interact with other members as well as a section that shows all images uploaded nearby. In addition to those sections, snapping photographs is also possible with a rather nice looking camera overlay being included for capturing purposes. 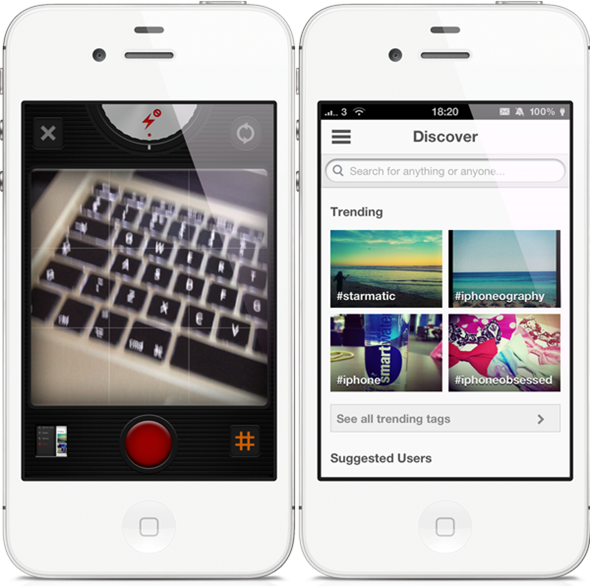 Starmatic is definitely a good looking piece of kit and does exactly what it says on the tin, but whether it can compete with the likes of Instagram and gain a large following is another story entirely. With the emphasis seeming to be more on actual photographers, then it might stand a chance, and I for one hope it does, as competition is always a good thing.

(Source: Starmatic for iPhone and iPod touch on App Store)