If you are a music aficionado who loves nothing more than combining the latest musical technology to produce and record cutting-edge tunes then it looks like Apple and Fender Squier may just have released the perfect product for you. All of this release talk surrounding new iPhones and iPads is all well and good, but for some people the power is really in the accessories that are released to accompany the Apple’s mobile products, and they really don’t come any more entertaining that a USB-based Stratocaster guitar.

The Fender Stratocaster is one of the world’s most famous and immediately recognizable electric guitars that is still as popular today as it was back in 1954 when it was originally designed by Leo Fender and his colleagues. Technology biased music fans will already be well aware that a number of other USB guitar solutions already exist on what is an extremely diverse accessories market, but none of them really invoke the magic that is associated with a Fender Stratocaster. That magic can now be achieved through the online Apple Store for a bargain price of just $199.95. 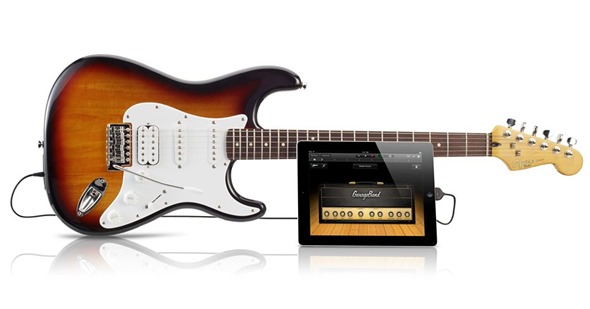 Featuring the stunning good looks that has made the guitar so popular around the world, the USB version takes things a few steps further by offering direct connection to an OS X enabled machine through USB or or to an iPhone, iPod touch or an iPad through the old-school 30-pin connection that featured on all iOS devices until the launch of the iPhone 5. That does mean that anyone who has an iPhone 5, fifth-generation iPod touch or one of the two new recently released iPads will also need to purchase a Lightning to 30-pin adapter to make it work. 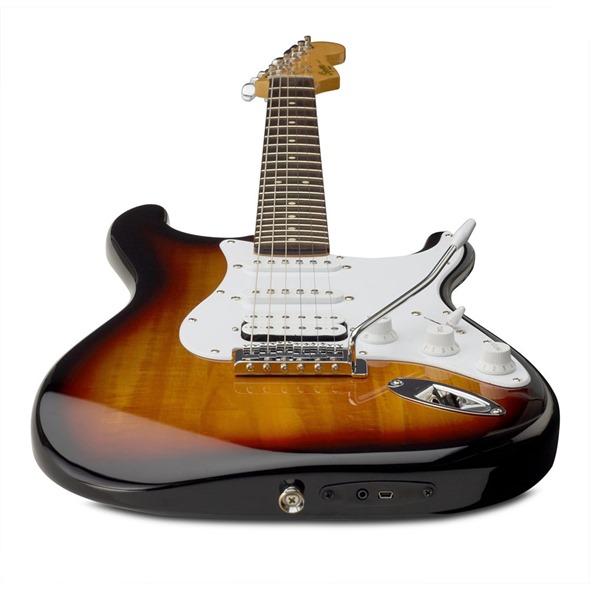 The guitar itself benefits from a pickup selection switch as well as volume and tone controls. A recognized 1/4-inch output is built into the guitar, as well as a standard 3.5mm stereo headphone jack, incase the need arises to make things a little more personal. Bi-directional audio streaming is also available through a Mini-B USB connection that makes recording those epic creations easy through Apple’s own GarageBand app.

The more accomplished and serious iOS or OS X loving musicians will more than likely have already have a recording solution of their own set up with their devices, but for the keen guitarist the $199.95 USB Fender Squier looks like the perfect place to start.