One of the many bug bears that a lot of users have with Apple’s mobile operating system is the severe lack of personalization and customization options, meaning that in a stock installation of the OS, every user is doomed to the same fate of having to use a standard looking interface. Granted, iOS is still one of the, if not the most powerful mobile OS in the world, but there is nothing wrong in being unique. 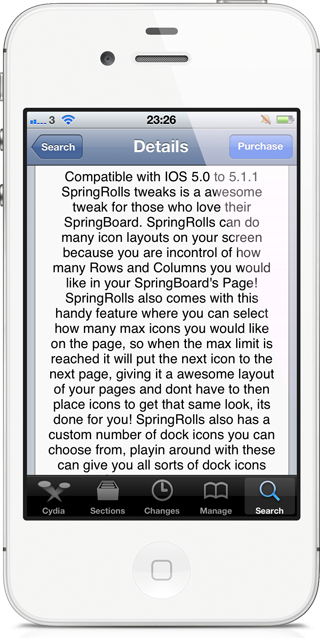 If you happen to want some serious power options when it comes to your jailbroken device’s home screen then let me introduce you to the SpringRolls package, a tweak that has recently landed in Cydia. The option of installing and running WinterBoard themes always exists, but some users don’t want that ultimate visual change, instead preferring to give the device a unique look by tweaking the applications icons and adding certain effects to folders.

First and foremost, SpringRolls allows users to customize the look and feel of the home screen by having arrangement options that allow app icons to be ordered in different ways. The options include being able to choose how many rows and columns of icons are used on the home screens, as well as being able to manually specify the maximum number of installed icons on each given home screen page. When this maximum icon limit is reached on the home screen, the package intelligently knows to place any additional apps onto the next screen. 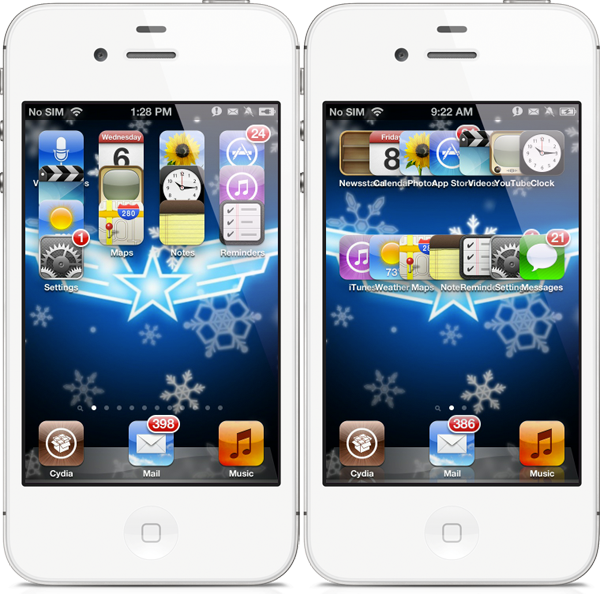 The docked section of the device doesn’t escape from attention of SpringRolls either, with a custom number of docked app icons able to be set allowing different configurations. Most of the features in SpringRolls offer a real customization benefit to users, but it is perhaps the folder animation abilities of this package that really make it an awesome package. Animations include; fade and spin effects to the folders to really make them pop on the screen. The package really does have a lot going for it, with the developer packing in substantial functionality for those who have the need to customize.

SpringRolls is available for $1.00 from the ModMyi repository and is compatible with jailbroken devices running iOS 5.0 and above.