Apple is notoriously secretive when it comes to preparing for a major product launch, but despite the company’s best efforts, we’ve an ever-growing dossier of information on what’s next out of the smartphone department at Cupertino HQ. New snaps have emerged showing more mockups of the Space Gray variant of the "iPhone 6" in all of its glory, with one comparing the handset to both the current flagship iPhone 5s and the HTC One (M8).

According to reports, Apple will be shipping not one, but two new iPhones later on this year, with a 4.7-inch model said to be accompanied by a larger, 5.5-inch variant. The latter is apparently subject to delay thanks to display and battery issues, with Apple apparently struggling to fit a super-thin power pack into what will likely be a slender overall design. As such, we’re currently expecting both configurations to be announced at the same special event around September time, but the more sizeable option will likely be released significantly later than the 4.7-inch edition. 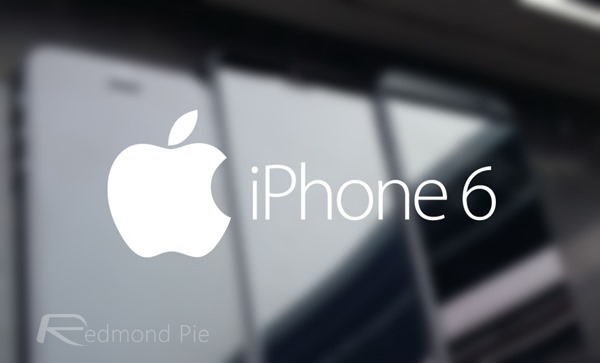 For a better idea of what size device we’re talking about, one snap has emerged of the 4.7-inch device alongside the iPhone 5s and HTC One (M8), and as you will notice, it’s only slightly larger than its would-be predecessor and marginally smaller than HTC’s latest and greatest. Given that the display will be 4.7 inches in diameter, it makes sense that the overall profile would nestle in between the 4-inch iPhone 5s and the 5-inch HTC One (M8), but while the repositioned power / sleep button will ensure users can still reach this feature without developing a repetitive strain injury, this snap shows that actually, the smaller of the iPhone 6 line-up isn’t as much of a bump in form factor as we’d perhaps thought.

The 5.5-inch iPhone is where users may have trouble adapting to the potentially unwieldy design, but given how numerous surveys and analyst predictions have suggested that consumers will go crazy for larger iPhone models, it doesn’t seem like folks are too concerned about whether they’ll be able to reach the power button or take photos using only one hand. 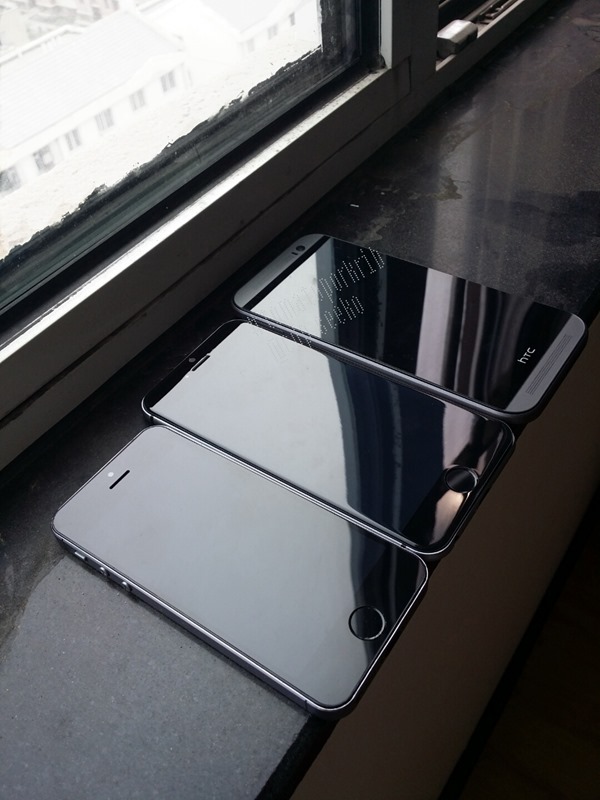 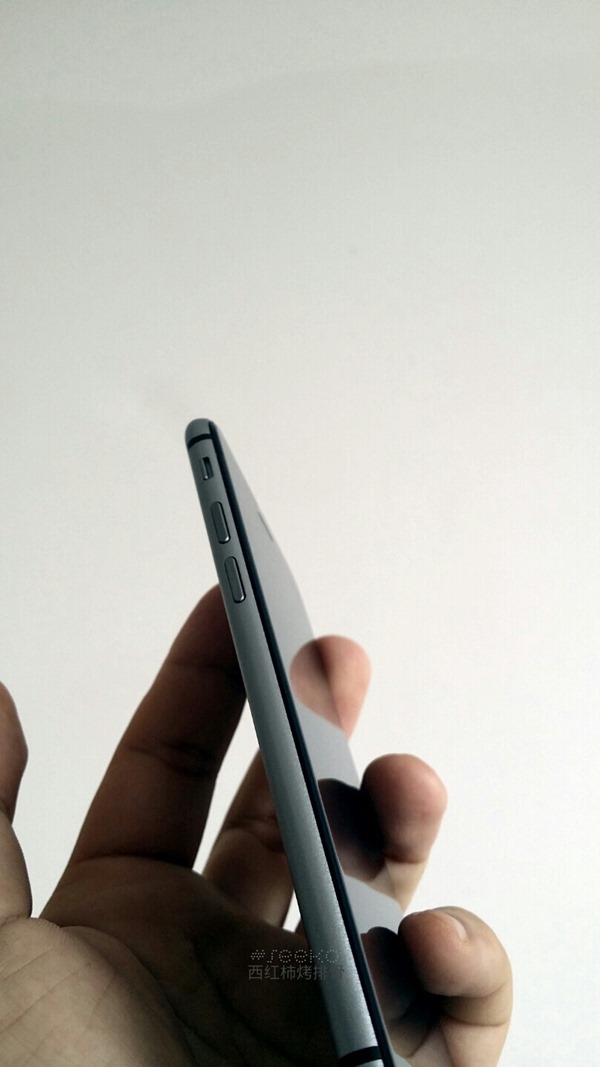 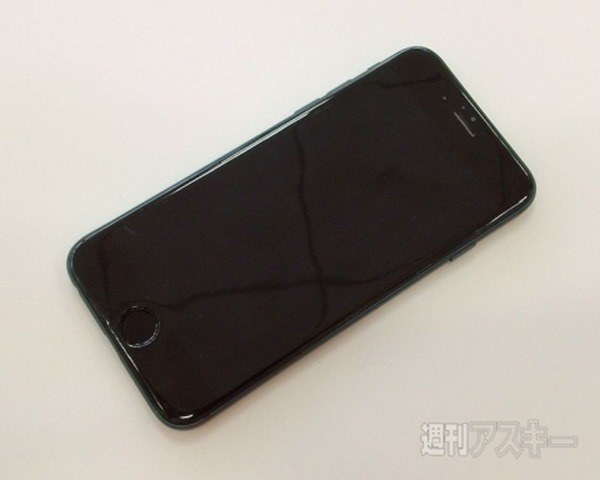 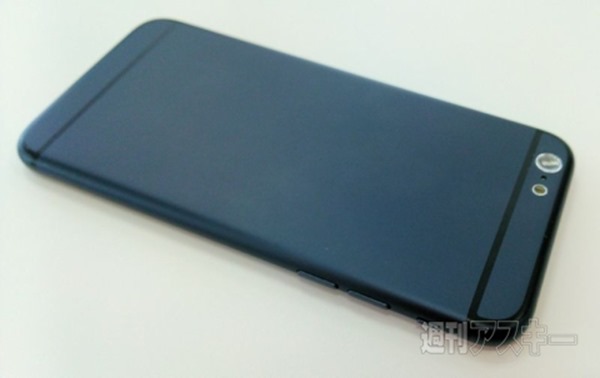 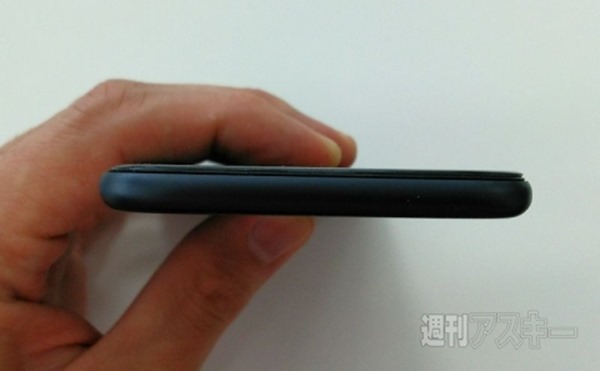 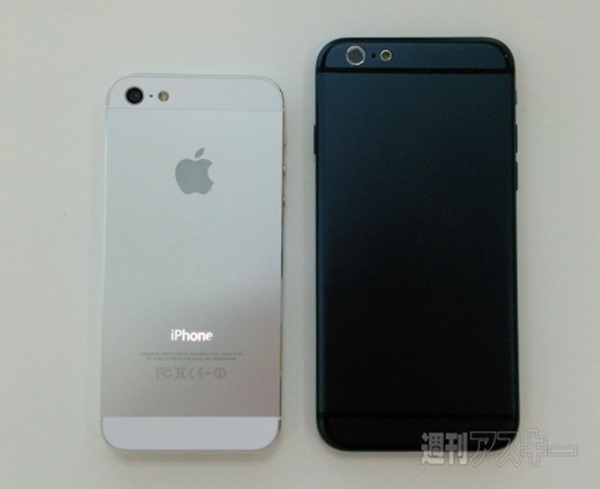 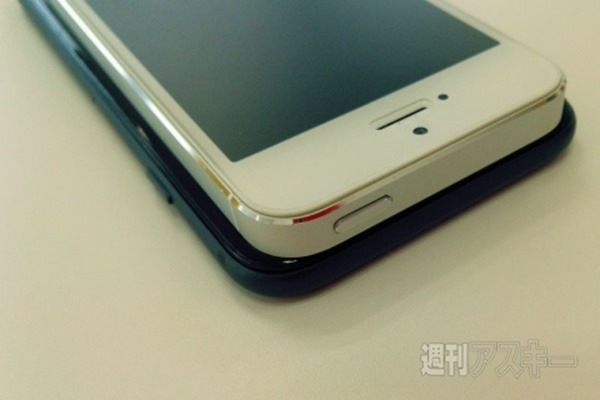 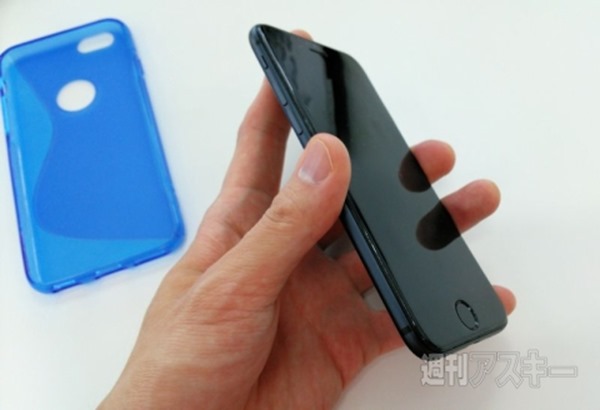 Aside from the size bump, the iPhone 6 will likely sport a curved, iPod touch-like form factor, as shown once again in these newly-leaked snaps, along with the customary processor and camera enhancements.