Sony has officially announced just how successful a product the PlayStation 4 has been for the Japanese company. The powerful console initially launched back in November 2013, with recent sales statistics in May of this year showing that the company had managed to shift 40 million units to consumers globally.

Now, with this latest announcement, Sony has confirmed that latest milestone by letting the world know that sales of the PS4 have surpassed the 50 million mark, which also includes the PlayStation 4 Slim and the 4K PlayStation 4 Pro. 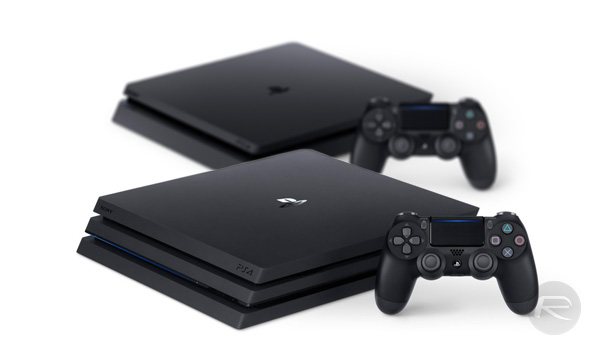 Consumers have been steadily chipping away at the PayStation 4 ever since it was launched back in November of 2013. A product that started with the original PlayStation 4 hardware eventually transitioned into the redesigned PlayStation 4 Slim in August this year, and then into the stunningly powerful and 4K gaming-capable PlayStation 4 Pro that was launched just last month.

The shipped 50 million units includes sales of all of those devices, with Sony acknowledging that reaching the milestone at this time was made possible thanks to “the best ever Black Friday week” in PlayStation’s history.

It’s interesting to know exactly how many devices Sony has sold since the hardware was launched three years ago, but it would be even better if we could compare that against the PlayStation’s main rival, Microsoft’s Xbox One.

Microsoft hasn’t released the latest sales data for the Xbox One and Xbox One S, but thanks to data from the NPD group we do have an insight as to how the Xbox One has been performing against the PlayStation 4 from a sales perspective in recent months. It’s very likely that Microsoft’s introduction of the smaller Xbox One S model has been one of the key catalysts into driving consumers to choose the Xbox over Sony’s PlayStation, but yes, the PS4 does reign supreme, still.

Black Friday and Cyber Monday may have been exceptionally good sales periods for Sony where the PlayStation 4 is concerned, but we most definitely are not out of the lucrative shopping period just yet. As we approach the nucleus of the holiday shopping season it’s highly likely that more and more shoppers will be opting to give the gift of Sony’s PS4 this year, meaning those numbers are only set to rise over the next few weeks.

Sony may be ahead in the race now in terms of units sold, but will Microsoft’s Project Scorpio turn the tides when it’s announced next year?