As our smartphones, watches, tablets and even cars have begun to make ever-increasing use of battery power, those batteries haven’t quite managed to keep up. We’re charging our smartphones at least once a day, and the new smartwatches on the market don’t do much better. Cars need recharging at worryingly short intervals, and at this point it’s arguable that we’ve been held back by the amount of juice we can give things. Something has to change.

And change may well be on the way after Stanford’s Steven Chu , who used to be the US Secretary of Energy, said that batteries may double, if not triple their time between charges thanks to new advancements in battery technology.

Now having read what those advancements are, we’re thoroughly stumped which probably explains why we write about this stuff rather than work in labs improving it, but suffice it to say, things could get very interesting.

In practical terms, if we can improve the capacity of batteries to, say, four times today’s, that would be exciting,” former U.S. Secretary of Energy Steven Chu said. “You might be able to have cell phone with double or triple the battery life or an electric car with a range of 300 miles that cost only $25,000—competitive with an internal combustion engine getting 40 mpg.

The improvement comes via a nanoscopic carbon shield that is supposed to keep the chemicals inside batteries under closer control. That should, theoretically at least, mean that they last longer and don’t explode quite so regularly as current technology seems to do. We’re all for both of those things, that’s for sure! 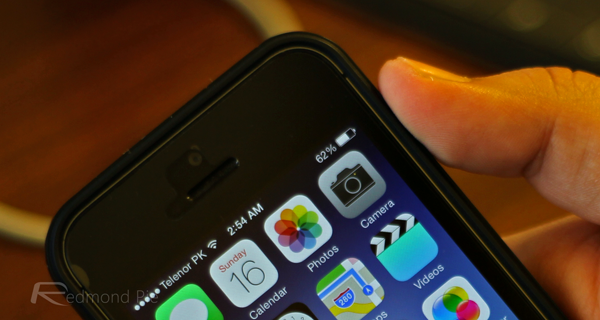 There is no timescale on when this sort of technology will find its way into the phone that’s currently residing in your pocket, but as our battery use continues to increase, it’s comforting to know that someone, somewhere, is working on making those batteries last longer while making them safer to boot.