Skype For Windows And Mac Gets A Brand New UI, Enhanced IM Features, Download It Now!

Skype just received a fresh new design and a UI overhaul for Windows and Mac, with much emphasis placed on the IM functionality. According to Skype, a large number of users have been found to be sending IMs during a video chat, and I can definitely include myself in that list. If you’ve been using Skype on mobile, the change might not be a shocker to you as you pick up the design cues that were originally used for the mobile versions of Skype. While the new Skype has been released for Mac, Windows users get access to a preview version for now.

The new UI brings in a new bubble-style chat design, with rounded contact avatars wrapped in a shade of blue. Perhaps the defining improvement is the displaying of all photos fully inline during a chat, eliminating the need to open each photo just to check which is which. However, photos are not always the only files shared over Skype. Document files such as Word, Excel, PDF etc. are now shown with relevant file icons, reducing the tedious task of scrolling through a chat in hopes of finding that one particular document. Some subtle design language changes, such as the big-bold chat and video-call icons take their cue from the mobile apps of Skype as mentioned earlier.

On the Mac side of the world, Skype has introduced a dual-pane interface in the attempt to have a go at a multitasking style UI. Allowing users to use the IM function whilst being on a video-call side by side, is a spectacular multitasking feature indeed, as it allows users to share pictures and files without having to minimize a video call. What does the Windows version get? More spacing between contacts and chats, allowing for the addition of message previews for all those un-read messages. There’s no word on the video call and IM dual pane interface for the Windows version for now, and we might have to wait for the general consumer release to find that out. 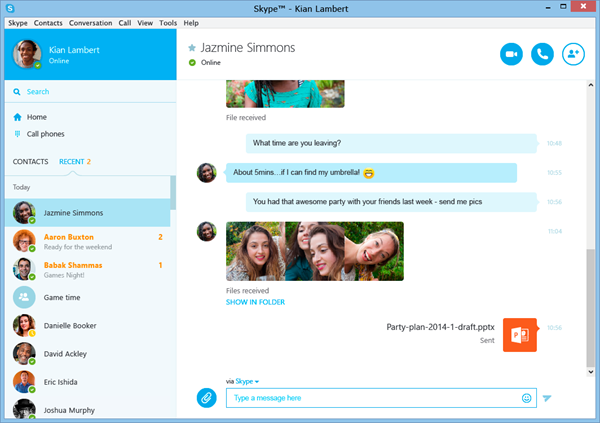 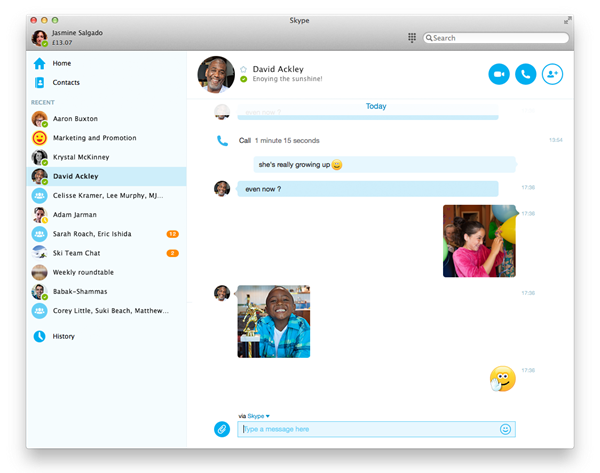 Microsoft seems to be doing away with that previously bland and unreliable IM function of Skype, but it also seems to be aiming at being recognized as a serious competition in the IM apps market. With these improvements bundled together and an increasingly uniformed design for both, mobiles and computers, Skype seems to be playing its cards right. 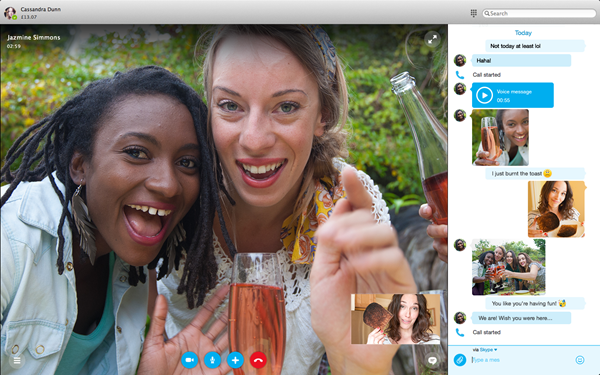 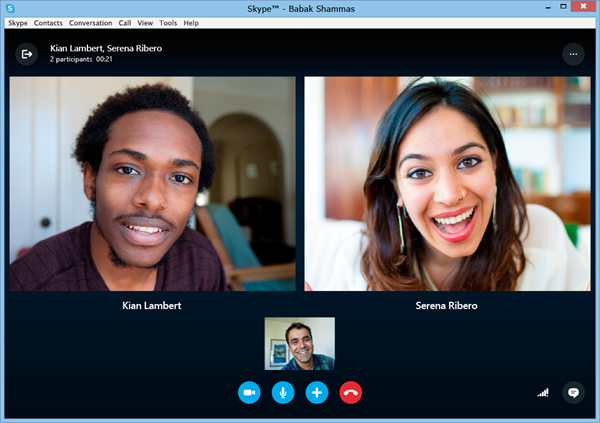 You can head over to Skype.com and download the version for you platform.