Although every iOS device now ships with built-in support for FaceTime, Microsoft-owned Skype still enjoys a decent following on Apple’s range of mobile products. Today, many months after Windows Phone was treated to HD video calling support, the Redmond has updated its iPhone and iPad apps to deliver the same functionality to those in ownership of the iPhone 5 and iPad 4. Despite Microsoft dragging its heels in rolling out this update, there’s quite a noticeable difference in quality, so if you’re a Skyper who just so happens to own a fourth-gen iPad or the iPhone 5, you’ll want to pick up the updated Skype for iOS app right now from the App Store.

The support for HD video calling is no doubt the marquee feature of this latest update, but the software maker has made several changes besides. As you would expect, there’s the usual cluster of performance improvements and “general improvements” thrown into the melting pot, and with a couple of UI tweaks including a new-look country code selector, version 4.10 is definitely worth grabbing. 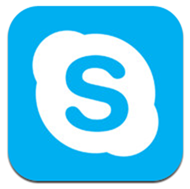 With talk of the iPad 5 and iPhone 5S now on the horizon, it’s not as though keeping the updates for its fiercest rival’s tablet and smartphone has been high on Microsoft’s list of priorities. Then again, with Surface tablets struggling, this is perhaps not too surprising, and considering the RT flavor of the company’s range has only sold 1.7 million units hitherto, let’s just say that there’s plenty of work to be done before the Windows maker’s mobile range can mount a notable challenge on rivals. 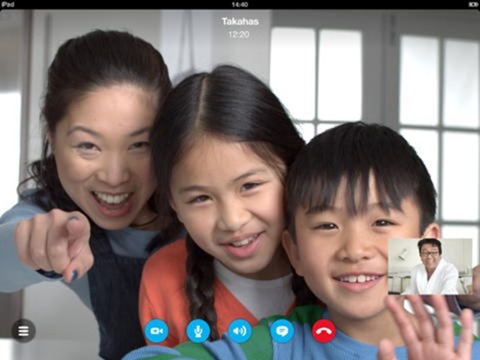 Many were aghast when Microsoft paid such a large sum for Skype back in 2011, but to its credit, the company has worked dogmatically in it attempt to implement the software and technology into just about anything that connects to the mains. With the Xbox One upcoming, Skype is going to be a very important feature of a console with more than just gaming in its repertoire, and although $8.5 billion looked a ridiculous sum two years ago, the brand does seem to be strengthening under the direction of Steve Ballmer’s troops. 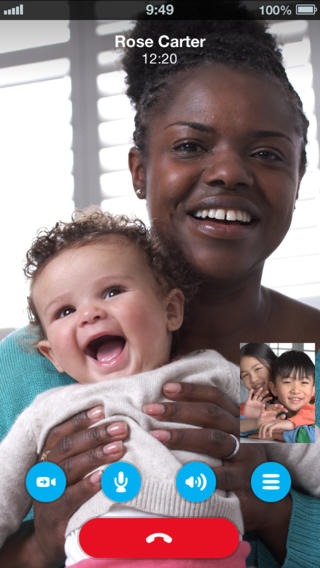 So, if you’re an iPad or iPhone user and would like to pick up the latest version of Skype, you can do so via the link below. It is, as ever, free of charge, and weights in at just over 30MB.

(Download: Skype for iPhone / iPad on the App Store)