There has been a significant amount of mutual adaption of technologies between Facebook and Skype of late, and that is set to continue with the latest version of Skype for Mac welcoming the world’s largest social network into it’s most recent beta release for Mac.

With Windows installed on the Lion‘s share of computers worldwide, most cross-platform apps are updated with those using Microsoft’s operating system as a priority, while the Mac release tends to trail somewhat. This has been the case once again here, and after a few weeks’ wait, Skype has rolled out a public beta demoing Facebook integration.

Much like the Windows release before it, it includes a few basic functions such as chat, as well as the ability to view status updates from friends lists and update your own. It is far from being a fully-fledged alternative to logging in via your browser, although Skype is in the process of adding new features whereby most of the day-to-day Facebook functions can be achieved at desktop level.

Here is a little preview of this latest release: 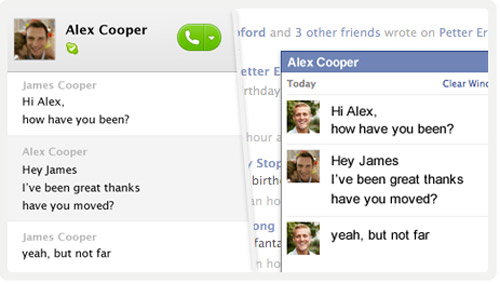 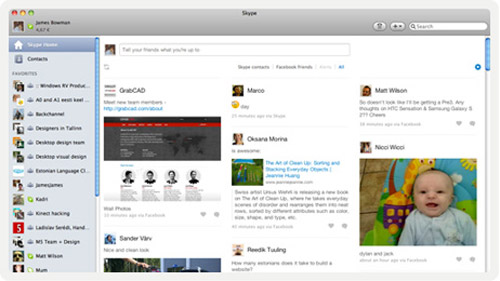 Ever since Microsoft baffled many by stumping up a colossal $8.5 billion to acquire Skype back in May, the VoIP-centric software maker has consistently made the headlines. What with the app now gracing Xbox 360 dashboards, WP7-based devices as well as many technology outlets, it seems like nothing in tech is excluded from the shortlist of Skype integration.

The sum of money paid made Skype Microsoft’s most expensive acquisition in its history. It seemed a grossly exaggerated valuation of a company in a significant amount of debt, prompting some to point out that it was more of a pride-based decision, having fended off opposing bids from fierce rivals Google. Moreover, with Google having become so powerful in a comparatively short space of time, the Redmond-based company, once the world’s most expensive, may have been in danger of being eclipsed by its counterpart. That said, it will probably happen eventually anyway.

Within the Mac beta release, there is also a sign that Ballmer and Gates are eager to recoup some of that cash as soon as feasibly possible, with users being gently ushered towards purchasing subscription or credits to remove ads. Smooth.

Skype 5.4 beta for Mac can be obtained here.