The popular app Sidefari has received an update, bringing the app to the iPhone as well as adding new features for the existing iPad app.

For those unfamiliar with the app, Sidefari came to prominence on the iPad with its ability to effectively give users two Safari windows on one screen side-by-side thanks to iOS 9’s Split View option on the iPad Air 2, iPad mini 4 and new iPad Pro. By launching Safari and then also running Sidefari in a split-screen configuration, users were able to browse two different websites simultaneously in Safari. That alone is a big thing for iOS. 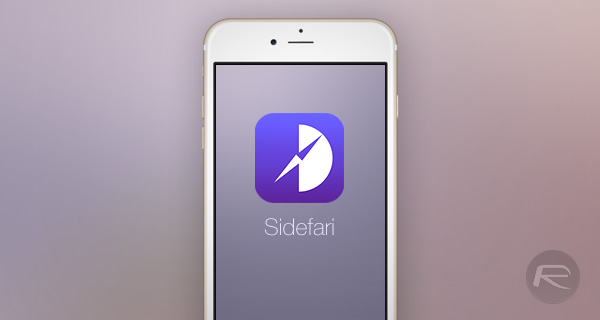 Available in the App Store for $0.99 to new users, but as a free update for those who already own it, the new version of Sidefari allows owners of iPhones to open websites normally rather than in a split-screen mode, for obvious reasons. The extension that plays host to Sidefari allows users to open links modally from any app within iOS 9’s Safari View Controller. It may not allow two web pages to be viewed on the same screen like its iPad counterpart, but Sidefari on iPhone still has some skills, giving users a way to open web pages in a Safari View Controller even if the app being used doesn’t natively support it. 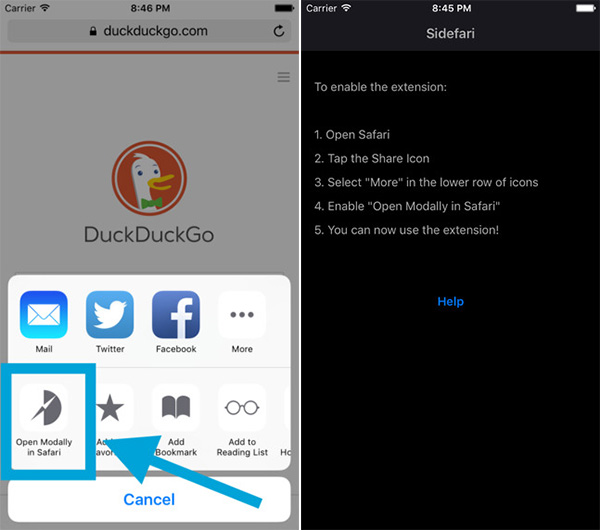 For those using one of the newer iPads, this update also brings with it a new Home page option, a new Google search option for the otherwise dumb address bar, and performance improvements. Alongside other bug fixes, users on the iPad can now open web pages modally using the Safari View Controller just like on the iPhone. 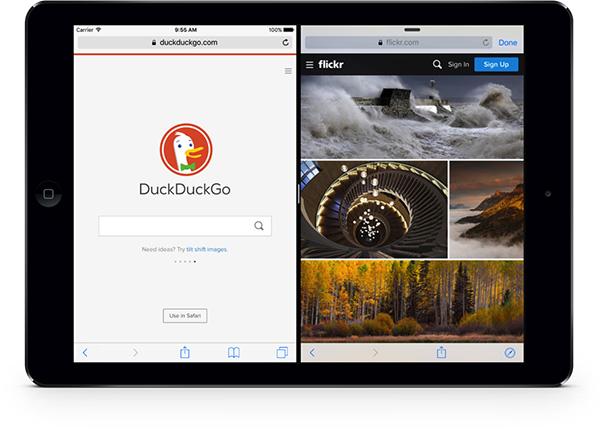 At less than a dollar, those with newer iPads will want to get hold of Sidefari if only to view two websites side by side. It may be a tougher sell for iPhone owners, but at this price, why not try it out and see if you can make use of it? Sidefari isn’t going to break the bank, even if you only use it once in a while.

Sidefari’s new update is available to download from the App Store right now.

(Download: Sidefari for iPhone & iPad on the App Store)