Simon Prakash, Apple’s former senior director of product integrity, has just been hired by fierce rivals Google to begin work on a supposed “secret project”, details of which are currently unknown.

Prakash spent 8 years in Cupertino, his last role overseeing product quality control across all of the fruit company’s product lines.

Relations between the two companies are strained, with iOS and Android constantly competing for smartphone supremacy. Apple co-founder and former CEO Steve Jobs threatened to “destroy” Android, branding it a “stolen product” in his first and only official biography, compiled by Walter Isaacson.

It will certainly be interesting to see what the seemingly hyped project consists of, or if it is indeed worth getting excited over. The consensus seems to be that Google will utilize Prakash’s experience at handling the quality of Apple’s hardware – from Macs to iPhones – to deliver something for Sergey Brin. The possibility of new Motorola-branded devices – a company Google paid good money for back in August – would seem the most plausible outcome.

Employees of the big companies regularly travel from one to the other, but this is the first time a senior exec has been snatched from Apple and headed over to the Big G. Reportedly, Google has avoided directly extracting head honchos from Apple due to an agreement between the two companies as well as Pixar, Lucasfilm, Intel and Intuit. The rule was not only put into place to stop occurrences such as this, but also to keep employee compensation fees down to a minimum. 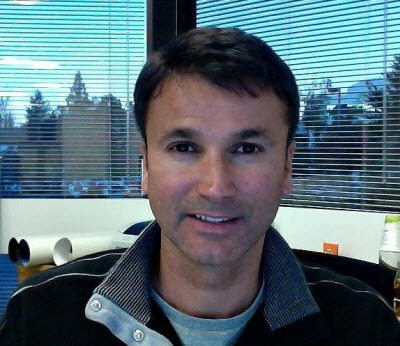 While the reports are a little sketchy, it is believed Prakash’s departure could spell an end to the agreement, with the Department of Justice said to be in the process of investigating the situation.

Whether Apple will miss Prakash remains to be seen, but jumping ship to Google will no doubt have hurt a company which has just posted record numbers in its Q4 earnings call of 2011. With all the aggravation Apple is receiving (and indeed distributing) in its on-going spat with Samsung, the fruit company doesn’t need any more distractions in the run up to the unannounced third tablet device, which is said to be dropping next month under the ‘iPad 3’ moniker.