Social networking is unquestionably one of the greatest and most useful tools in our Digital Age, allowing us to connect with friends, relatives, colleagues, and stay virtually close to those residing afar. Whether in Australia or Alabama, we are never more than an inbox or direct message away from those that matter the most. 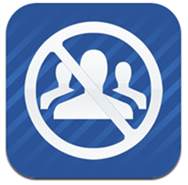 Unfortunately, there’s a more sinister side, whereby we find ourselves sometimes sucked into the superficial vortex of e-socio-political nonsense plaguing the likes of Twitter, Facebook and to a lesser degree – due to its overt lack of popularity – Google+. From growing tired of trivial Relationship Statuses to popping in the sarcastic "like", it can sometimes be hard to resist the vacuous temptation of spreading negativity which comes as part and parcel of honest, decent social networking.

As a result, we often get to a point whereby we’re willing to pay money for apps and tools which notify us of who has decided to unfriend us – unfriending being a euphemism for "delete us from their lives, for ever and ever. Waah."

One such app is Who Deleted Me? for Facebook which will set your back 99 cents, and will tell you not only who, but also when somebody decided to remove you from their coveted Friends List (take note of the capitalization). 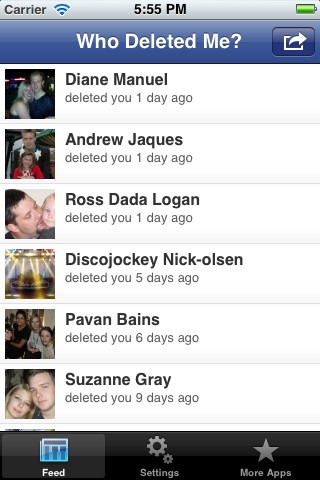 We cannot save you from yourselves, and if you’ve an insatiable urge to see who has decided to unfriend you, then Who Deleted Me may well be the app you’ve been looking for. Even so, it may be worth considering the free alternatives out there, such as Unfriended. The latter isn’t a universal app, but although we may be sacrificing objectivity, we do feel these are such apps you may be better off without. 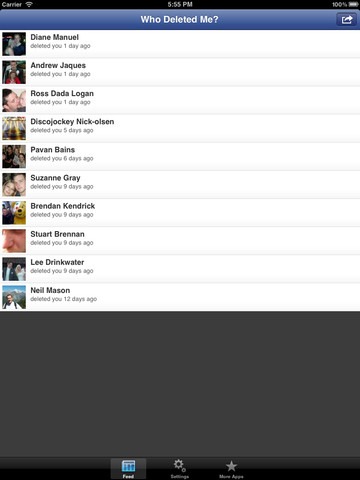 Let’s be brutally honest – does it really matter who’s removed you from their friends list? After all, one would hope, if it was somebody significant in your life, you wouldn’t need an app to prompt you. Then again, if there was any substance behind the e-acquaintancy, nobody need delete anybody in the first place.

Download Who Deleted Me? for iPhone, iPad and iPod touch [iTunes Link]