We are always interested in new apps that are released onto different mobile platforms, specifically those that aren’t just carbon copies of other creations and actually offer something a little different. The Sayonara app – released only yesterday – may not be the most feature packed app on the iOS App Store but it does offer a rather handy little notification system that alerts users when a Twitter follower has the audacity to hit that Unfollow button.

Although Facebook still sits at the top of the social networking hierarchy, Twitter is becoming increasingly popular, with more and more members flocking to the site every day to see what their favorite actor or sports superstar is up to. When joining Twitter, it is extremely normal for the average user to spend the first few weeks talking to themselves as they more than likely won’t have any followers hanging on their every word. However, as followers increase and people start to take notice, so does the incessant need to massage our egos by checking just how many followers we have. 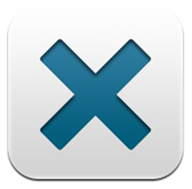 Rather than offering full Twitter based features such as pulling in personal timelines or posting tweets, Sayonara chooses to concentrate on naming and shaming those who are fed up with our ramblings and have decided to take their loyal following elsewhere. Whenever a follower from a Twitter account makes that decision to hit the Unfollow button and walk away, Sayonara will deliver an immediate push notification to the user’s device to tell them exactly who the traitor is.

Of course, the app has some advantages from a professional point of view if Twitter is being used as a main social outlet for a company. Getting immediate notifications about those who unfollow can allow companies and organizations to review their tweet frequency or content of what they are posting. Any feedback, even if it is about those who stop following a Twitter account, can always be used for reflection and to see where we can improve. 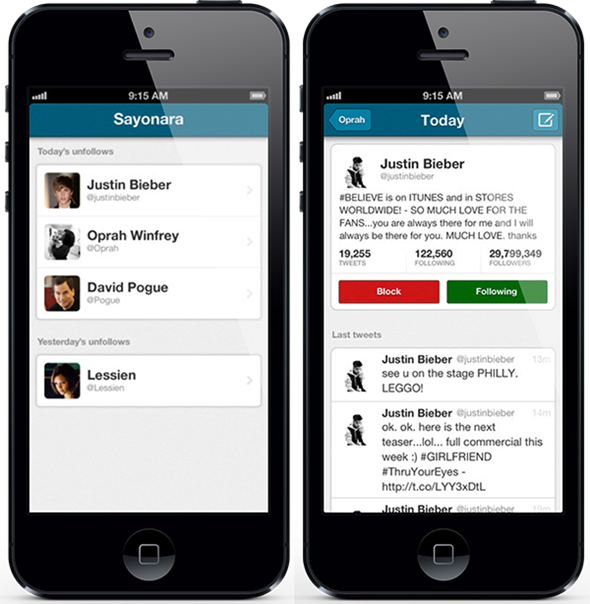 In addition to the notification alerts, Sayonara also offers detailed information about the person that opted out of the journey, including their Twitter bio, recent tweets and options to either unfollow that person in retribution, or block them for having the bare-faced cheek to unfollow you in the first place. Sayonara is available for $1.99 for the iPhone and iPod touch with full iPhone 5 optimization.

(Source: Sayonara for iPhone and iPod touch on the App Store)