Saurik Updates Veency And Cydget With iOS 8, iPhone 6 And 6 Plus Support

Getting iOS 8 updates out for some of the biggest jailbreak tweaks on the planet is no mean feat but Jay Freeman, or Saurik if you’re more familiar with that name, has tweeted that two of his most popular tweaks are now not just iOS 8 ready, but also sport reworked interfaces that take better advantage of both the iPhone 6 and iPhone 6 Plus.

For those not familiar with the tweaks themselves, Veency is an excellent tweak that allows users to remotely control their iOS device from a computer in a similar way to how normal VNC and remote desktop applications work with computers. If you need to remotely control an iPhone or an iPad then you need Veency. 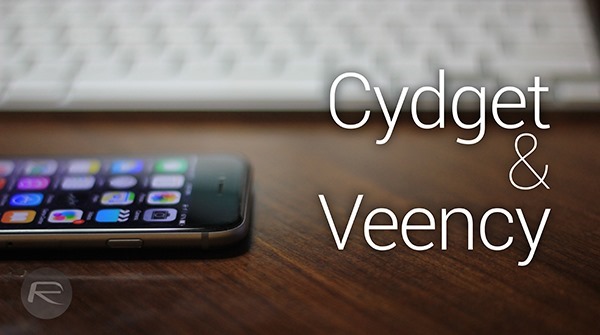 The other tweak, Cydget, gives fiddlers the chance to customize their lock screens using advanced HTML and the like. With iOS customization being quite the big deal these days, Cydget is one tweak that any self respecting customization fan will want to have installed. The news that it now supports iOS 8 and the newest iPhones out of Cupertino will be music to their ears, that’s for sure.

Owners of either tweak will be able to download the free updates via the usual method in Cydia, and if you don’t already have either Cydget or Veency in your tweak arsenal; then there has never been a better time to rectify that somewhat unfortunate situation. Go on, we know you want to take it for a spin at least. 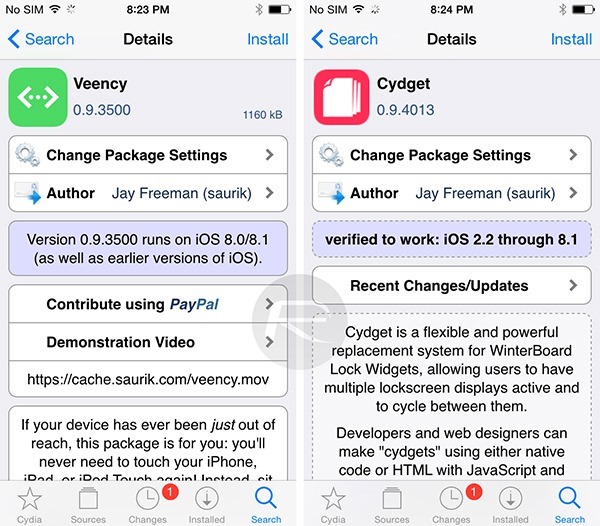 Tweaks like Veency and Cydget are prime examples of what jailbreaking makes possible, and with the news that they now both support the iPhone 6 and iPhone 6 Plus can only be good for everyone, and support for iOS 8 and above means even those with older hardware will be able to keep using the tweaks moving forward.