Not willing to be upstaged by Amazon and its Kindle Fire announcement, Samsung has also gotten in on the launching spree by showing off its own 7-inch tablet – the Samsung Galaxy Tab 7.0 Plus. On a side note, Samsung really needs to get someone working on their naming convention. 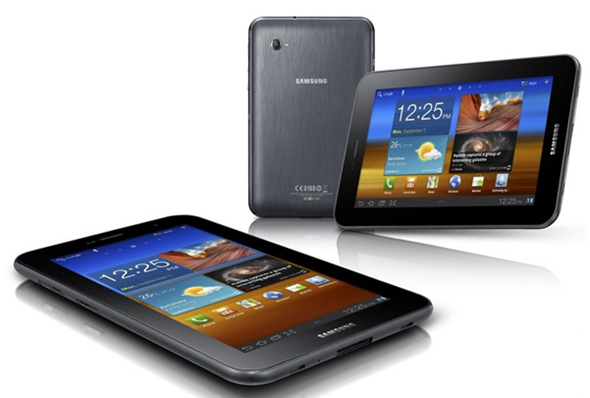 So what do we get in the 7.0 Plus, and is it really a competitor for Amazon’s Kindle Fire, which is less a tablet and more of a portal right into the heart of all of Amazon’s services, ranging from e-books to streaming video? Well, looking at the spec sheet, Samsung is certainly going all guns blazing, and this particular offering seems to be much more of an all-rounder than Amazon’s.

Spec-wise, it’s all very Android-y. Beating at the core of the 7.0 Plus, you’ll find a 1.2GHz dual-core CPU and 1GB of RAM. Pixels are pushed around on a 1024×600 screen, and those pixels come courtesy of an install of Google’s latest and greatest mobile operating system – Android 3.2 Honeycomb.

Connectivity is handled by the usual suspects: there’s a WiFi radio, Bluetooth 3.2 and 3G/HSPA for those that like their internet to be of the mobile kind. As the Galaxy Tab 7.0 Plus’  specification sheet shows though, cramming all of this into a 7-inch tablet hasn’t meant the little beauty has been piling on the pounds. The svelte chassis comes in at just 9.96mm thick, and weighs just 345g. Not bad at all.

Now before you all get a little too excited and run off to pre-order the latest tablet to come off Samsung’s prolific production line, allow us to offer a word of caution – did you notice the one missing part of that little specification rundown? You did? Oh well done you!

That’s right, we don’t know how much the Galaxy Tab 7.0 Plus will cost, and that worries us somewhat. With Amazon’s Kindle Fire coming in at a wallet-friendly $199, we suspect Samsung’s price may seem a tad bit expensive, even if it does come across as a more full-fledged solution.

We reserve judgment until we’ve seen a price sticker, but Samsung either needs to come close to Amazon’s price point, or find a way of justifying the difference to the customer.

We’re not sure they’ll find that so easy.