Samsung To Release Its First Flexible Smartphone In 2015

As years go, Samsung has struggled through 2014, with the likes of the Galaxy Note 4 seemingly overwhelmed by rampant iPhone 6 sales towards the latter stages. It stands to reason, then, that the Korean outfit should need a new battle plan as we saunter on into 2015, and apparently, at least one line of flexible devices will be hitting the market next year.

After the Bendgate saga that somewhat marred the launch of the iPhone 6 Plus, one might have presumed that a smartphone that bends is negative. Clearly, this isn’t always the case, and with Samsung having worked on flexible displays as well as bendable batteries and other components, the new product line should offer solid functionality, usability, and in this case, a measure of agility.

Precisely what benefit a bendy smartphone would offer is anybody’s guess, and whilst we were very fascinated by the flexible displays we saw earlier on in the year at the Mobile World Congress in Barcelona – particularly from LG – the jury’s very much out as to whether there’s much real-world use.

Not every new piece of tech is made for the consumer, as the team behind Google Glass is beginning to discover, and although we could speculate on a few uses of a bendy smartphone, it does seem like a bit of a gimmick.

Curved displays, while not the norm, have been prevalent for a while now, and although they all have their separate niches such as additional notification space and better viewing angles, it seems that most of us are happy with the standard, flat panels and form factors. 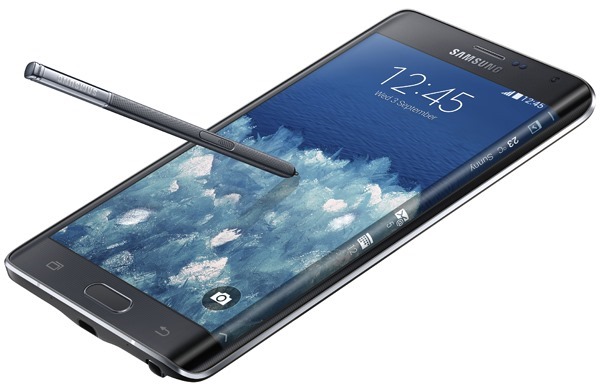 It’s probably worth pointing out the major differences between curved and flexible displays. The Galaxy Note Edge, for example, offers a curved display, adding that little extra side bar, but at the company’s Investor Forum in New York, it has been suggested the new flexible panels would be bendable enough for a device to fold in half.

Aside from, perhaps, space saving, it’s really hard to see where this tech will go, if anywhere at all. After Bendgate, at which point Samsung took much delight in taunting Apple, we’d all been led to think that bendy smartphones were the Devil’s work, but with the mobile industry having hit something of a plateau as far as innovation is concerned, it’ll still be intriguing to see where the Tizen maker goes with this project.