According to a report published today, Samsung Electronics is seeking the ban of Apple’s popular iPhone and iPad products in Netherland. 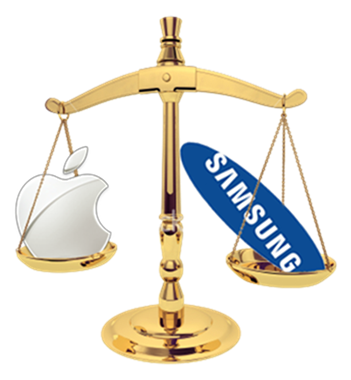 The report comes with Nu.nl which very clearly states that Samsung wants the import, trading and sales of iPhones 3GS and 4 as well as 3G-ready iPads banned in Netherland based on four patents belonging to Samsung related to 3G technology.

As all iPhones (except for the original) released to date make use of 3G technology, this ban would hold not only for the iPhone 3G, but also for the upcoming iPhone 5!

Samsung requires an import, trading and sales ban for all iPhones and iPads that 3G technology. Samsung claims that prohibition not only for Apple, but also five private companies that distribute and sell the products.

Any ban would also apply to a future iPhone 5. The indictment is as follows: "The ban applies particularly but not exclusively for the latest products from Apple iPhone 3G, iPhone 4, 1 iPhone and iPhone 2."

Apple has requested the court for an address this Monday where its legal team will argue that Samsung’s patents pertaining to 3G technology are general patents and that they are essential to the wireless industry. If the court agrees to this, the ban would be rejected and instead, Apple would then (probably) have to pay licensing fees to Samsung for every 3G-ready iPhone and iPad.

The news comes just two weeks after Apple successfully managed get Dutch courts to ban Samsung’s Galaxy Ace, S and S II smartphones. Besides this, Samsung had to pull all references to their Galaxy Tab 7.7 at Germany’s IFA consumer electronics conference ahead of injunctions from Apple.

We’ll be pursuing our rights for this in a more aggressive way from now on. We’ve been quite respectful and also passive in a way. However, we shouldn’t be… anymore.

Younghee’s stern tone is understandable. Apple is on a suing spree lately, and we’re quite certain you can tell as well. The company has particularly been targeting manufacturers of Android smartphones such as Motorola, HTC and Samsung. This has resulted in these Android manufacturers suing Apple back and the corresponding companies are now in what is called the “patent war”. Microsoft too is making use of the situation and are taking licensing fees from HTC and Samsung for every phone they sell.

Recently, a post was published on the official Google blog which said that Apple and Microsoft are running an “organized campaign” against Android and that they are using patents to slow down the platform’s exponential growth.

Anyway, we wish all the best to both Samsung and Apple in their legal battle. May the company with the strongest patents portfolio win!