Samsung just can’t quite catch a break right now, and after posting another worrying earnings report, the company has started its first round of Galaxy S6 and Galaxy S6 Edge price cuts. Unfortunately however, if you want to see a cheaper Galaxy S phone you will need to be in the Netherlands, as that is the only Samsung store to reflect the newly discounted price as of yet. If you do have access to Samsung Netherland’s online store though, a €100 (around $100 USD) discount awaits you starting on 32GB Galaxy S6, and €150 (around $165 USD) starting on 32GB S6 Edge.

With the Galaxy S6 and Galaxy S6 Edge under pressure to perform and with the next Galaxy Note handset just around the corner, the decision to drop the price of the current high-end Samsung smartphones is a no-brainer, but with the Netherlands currently the only place that discount can be taken advantage of, you’re looking at paying €599 down from €699 for a 32GB Galaxy S6 from Samsung Netherlands, with a 32GB Galaxy S6 Edge set to cost you €699 down from €849. 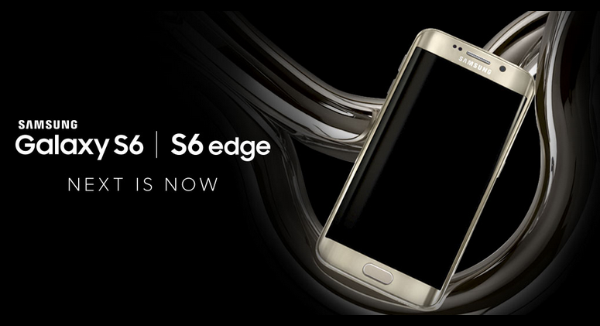 We can assume that the discount will also make its way to the rest of Europe as well as the United States soon, and with the Galaxy Note 5 expected within weeks, that price drop may need to come before people start to consider simply opting for the current hotness instead of a phone that hasn’t sold too well since its initial introduction. Errors in making too many Galaxy S6 handsets and not enough of the Edge variety didn’t help the launch period, either. 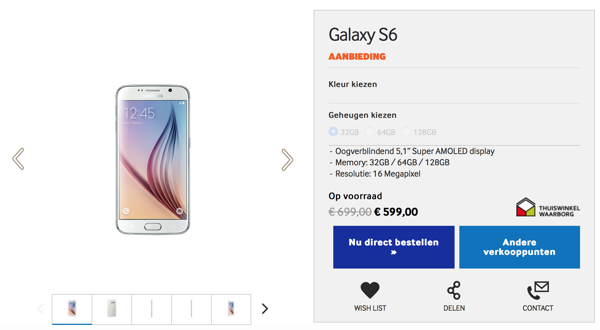 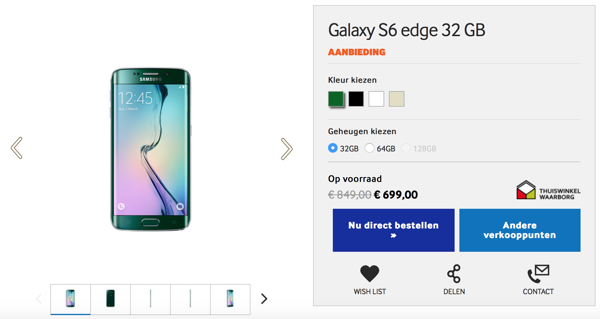 Whether this price rejigging is enough to save Samsung’s year remains to be seen, but with the firm now finding that its current crop of high-end smartphones are not resonating with customers and a new iPhone or three due in September, things may get worse for Samsung and its Galaxy S lineup before they start to show any sign of getting better.