The Samsung Galaxy S4 is not too far away; yet while many of us are moderately excited by the prospect of its release, it stands to reason that the guys over at SamMobile would perhaps be a little more stoked than most. The Samsung-focused blog has already spent the past couple of days extracting various parts of a Galaxy S4 ROM dump and distributing them about the Web, and having finished picking at the carcass, has now released a bunch of animated demo clips outlining some of the new features on offer with the forthcoming flagship.

The short videos, which were leaked by an insider, show just how users may begin to get to grips with some of the new features. It has a very child-like feel about it, but with the Korean company having used a young kid to create a rather cheesy run of promotional videos, this is perhaps to be expected. 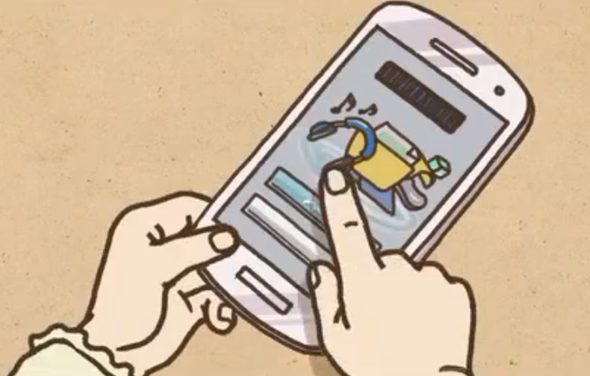 The first video looks at the Samsung Galaxy S4′s Group Play feature, highlighting just how users will be able to hook up their devices to wirelessly share content, play games and more:

The second clip takes a look at the Galaxy S4’s camera, or rather cameras, depending on how you see it. The new Dual Camera mode allows the user to shoot from both snappers at the same time in a ‘look where I am’ kind of way, and the Dual Video Call feature also allows Galaxy S4 owners to show their face and share their surroundings when in conference with a friend or family member:

The third video takes a look at the new Motion feature, which allows many aspects of the device to be used by making simple Air Gestures:

Finally, the Video Help demo clip concludes with a rather heartwarming ‘togetherness’ theme, demonstrating how the device will bring people together when apart:

Obviously, the videos are there as an indication and nothing more. Those purchasing the handset will still need to check out the documentation before trying out some of these new features, but if you’re looking for reasons to buy the upcoming Galaxy S4 over, say, the iPhone 5 or HTC One, you might find something in the above videos that appeals to you.

If you’re still not pleased with the videos above, then it’s way better to check out the official Galaxy S4 video walkthrough which was uploaded by Samsung soon after their flagship’s announcement.