Samsung may have only just announced the second generation Galaxy Note, but U.S. Android fans can already pre-order the latest tablet-cum-smartphone for delivery just after October 26th.

The Galaxy Note II is the latest Android device to come out of Samsung, and hopes to build on the cult status achieved by its predecessor. The Galaxy Note, now 12 months old, received critical acclaim for its new take on the stylus and the large, 5.3-inch screen. The new model, unimaginatively named the  Galaxy Note II, hopes to take things one step further with a new, larger 5.5-inch display that dominates the device’s face.

That screen sits atop a body that closely resembles an oversized Galaxy S III, which is not necessarily a bad thing!

If this sounds like something that may appeal to you, and you happen to live in the U.S., then Negri Electronics has you covered. Expecting to ship in late October, Negri already has the Galaxy Note available to pre-order, though initially only in its 16GB guise. Samsung has already confirmed that 32GB and 64GB will be made available for those craving a little more room to breathe. 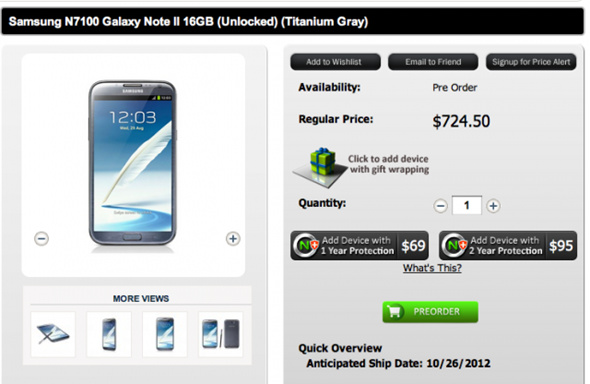 So how much will early adopters need to splash to get in on the Note II action? Well, $724.50 will get you an off-contract Galaxy Note II to call your own, which is certainly a lot of cash. That said, it may be a small price to pay in order to get your hands on what may be one of the year’s hottest smartphones.

Samsung’s recent event at the IFA gathering was the chosen venue for the Galaxy Note II’s unveiling, where the handset took the lead in a collection of announcements that also saw new tablets and a Windows Phone 8 device also aired by the company. Even with the unwanted attention from Apple, it is clear to all that Samsung is keen to keep the new tech coming. 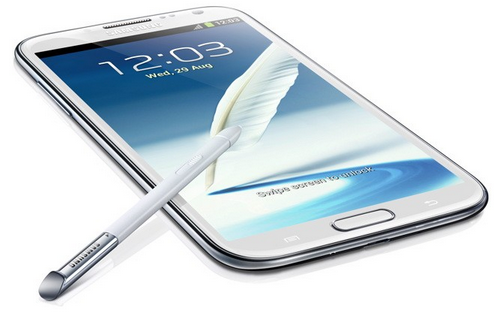 Samsung’s last big release, the Galaxy S III, is proving to be a huge hit, just like its two predecessors. There is little doubt Samsung will be hoping to create a similarly popular lineup from the Galaxy Note devices.

We will keep our eyes peeled for more Galaxy Note II news as and when it becomes available. Carrier deals should prove interesting reading indeed.