With the expected announcement of the iPad 3 coming in the next few weeks, the bar looks likely to be raised once again by the Cupertino company, meaning we will look forward to seeing what competitors come up with in the coming months in an attempt to compete with the famous Apple tablet. In the meantime, Korean-based Samsung have taken the opportunity to announce a new tablet device to its Android line up.

Samsung Electronics have taken to the Mobile World Congress and introduced the world to the Galaxy Note 10.1, which quickly follows on from the release of the enormous Galaxy Note smartphone/phone/phablet which we saw for the first time in a commercial aired during the Super Bowl. The Galaxy Note 10.1 joins the Samsung family as the Note’s bigger brother and proudly sports the S Pen stylus which many have ridiculed Samsung for in the last few weeks. The stylus is an attempt to make drawing, note-taking and highlighting a much easier task for users but only time will tell how consumers will respond to it.

The Galaxy Note 10.1 will come with Android 4.0 installed as default and will work alongside Samsung’s own TouchWiz user interface, powered by a 1.4GHz dual-core processor and 10.1 inch touchscreen which Samsung is describing as "immersive". Immersive it may well be, but unfortunately it isn’t the high-definition screen which tablet users have been gasping for, which means we can probably expect another release from Samsung in the coming months.

With the Galaxy Note 10.1 featuring the exact same cameras found in the Galaxy Tab 10.1, our friends over at BGR seem to have hit the nail on the head with their thoughts that this release seems to be nothing more than a redesigned Galaxy Tab 10.1 with an improved processor and the rather bizarre introduction of the S Pen stylus. If this is the case, and Samsung do intend to release an additional tablet sometime this year with a high-definition display, it would seem a rather fruitless use of money to purchase the Galaxy Note 10.1 considering the estimated shelf life of the product.

But, that isn’t the only product Samsung have announced. They have also taken the opportunity to bring the Galaxy S Wi-Fi 4.2 to the public eye, which is another Android powered device aimed at providing an enhanced gaming experience. With their SoundAlive audio system, a 1GHz processor and built-in gyroscope sensors, Samsung is hoping that the Galaxy S Wi-Fi 4.2 will provide an engaging and intuitive gaming experience. 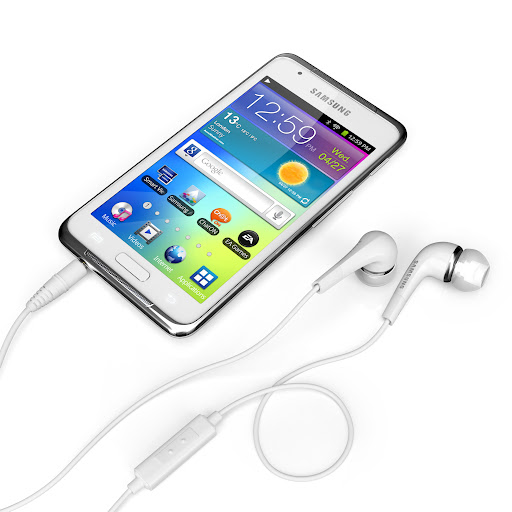 Additional information about both products can be found over at the Samsung Mobile Press site.