When Siri first arrived back in October of last year along with iOS 5, it was certainly something of a novelty, with users keen to get their hands on the iPhone 4S-exclusive feature and test its limitations. In nine short months since, there have been many significant advancements in digital voice assistants in general, with Samsung, Google, and even Microsoft keen to get in on the act.

With the improvement comes expectation, and although we’re not yet at a point where the quality of digital voice recognition and assistance is a deal make-or-breaker, it’s certainly a feature consumers are more aware of. With the introduction of the likes of S Voice and Google Now, the competition is driving up the quality, and we now find ourselves looking at such technologies with more than just a fleeting interest. 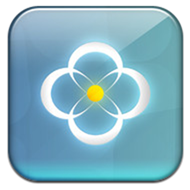 The aforementioned services all have their strengths and weaknesses, but none of them yet offer that sense of dependency one feels with features such as camera or internet connectivity. It seems we’re still waiting on voice recognition to make the progression, and a Seattle-based startup company by the name of ARO seems to be looking to the future with its app, named Saga.

Unlike Siri, Google Now et al, Saga trains itself to learn your entire routine, and then tries to offer its assistance skills before you even request them. For example, it will pick up on your daily routes, suggesting alternatives if they look as though they’ll save you that precious couple of minutes.

Similarly to the likes of Foursquare, there’s also an element of gamification element, which is certainly interesting. One can earn points, for example, for living "outside of the daily grind," "eating out," and going certain places, so while Saga is very useful, it also serves to entertain along the way.

Whenever an app with a gaming element crops up, Foursquare is the automatic target of comparison, although ARO is swift to point out that unlike other services, which require one to manually open the app and sign in to certain areas, Saga works in an unattended fashion. It will track your location and "check-ins" automatically, and use said locations to help you from day-to-day and also aid your stash of points.

All that data might put certain folks on edge, but ARO assures users none of it is shared, so if you would like a digital assistant with that little bit extra, download it right now via the link below.

It’s currently only available for those rocking an iOS device, although an Android iteration should be available in the coming weeks.