How To Access iOS Home Screen Icons Within Any App

The jailbreak scene has reached that point where many users might have already ditched the freedom of an unchained device to avail the new features that come with the latest iOS 10 update. Users are mostly fine foregoing point updates and patches to retain jailbreak, but when an annual update like the latest iOS 10 comes along, many but the most loyal jailbreakers are tempted to update.

Unfortunately for those who did make the jump, iOS 10 is yet to be jailbroken, despite several hackers and security researchers demonstrating that the iteration is vulnerable to exploits for the same. 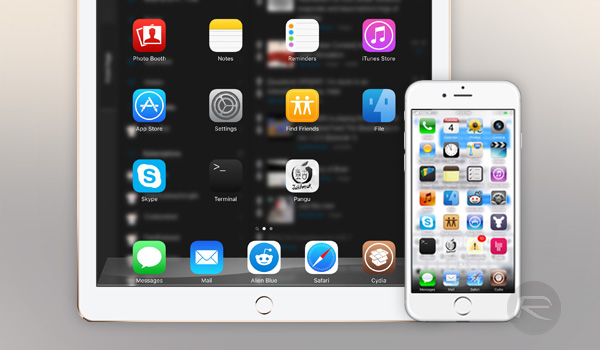 Those of you who stood their ground and are still jailbroken continue to be rewarded for their patience as another nifty jailbreak tweak has made its way to the Cydia store.

Called RiftBoard and available on the BigBoss repository, this new tweak lets you access Home screen icons from within apps, so that your favorite ones are a quick gesture and a tap away at all times. The aim is to speed up the process of switching between apps, adding customizability to the mix and most importantly, making the whole process more seamless.

In conjunction with Ryan Petrich’s famous Activator tweak, RiftBoard lets you call on the SpringBoard from within an app using a gesture of choice, overlaying the app with all the icons on your Home screen (including the ones in the Dock) and blurring the background by a user-defined amount.

It creates the illusion of navigation free of the Home screen while, as mentioned earlier, speeding up the process somewhat.

That’s not all, though. The tweak’s preferences will let you customize its launch animation to speed it up further, set the level of background blurring and let you enable a feature that allows you to continue interacting with the app in the background while the SpringBoard is overlaid. If you arrange the icons on your Home screen just right, this might prove to be invaluable for multitasking.