Not too long ago the thought of having 128GB in the palm of your hand was the kind of thing that dreams were made of. Then 128GB microSD cards were released, but at around $200 apiece, they were prohibitively expensive for all but the keenest photographers, videographers or plain old power users. Nowadays a 128GB microSD card can be picked up for a song, and right now you can get one for even less than that!

The card in question is the famous SanDisk Ultra, a microSD card that has been around for a long time now and actually ushered in the era of 128GB cards back in 2014. At the time you could expect to hand over just shy of $200 in order to get your hands on one, but as of right now, one can be yours for just $23.99. That’s more than a bargain in our book – it’s a steal!

For your money you’ll get a Class 10 U1 card that means it is capable of a minimum sequential writing speed of 10MB/s, and while that may not be able to hold its own with some of the fastest around, it’s important to remember that this thing costs less than $25 and for that, beggars really can’t be choosers. Read speeds are up to 100MB/s, however. 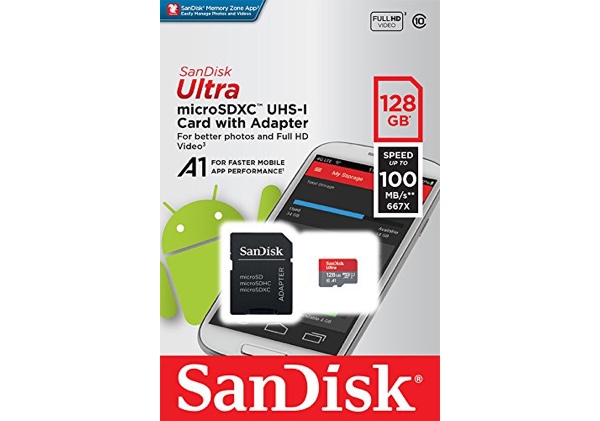 This is the cheapest price we have seen for this card so far, so if you’ve been looking to replace an older, smaller card, now would be a great time to splash some cash – you won’t have to splash a lot!