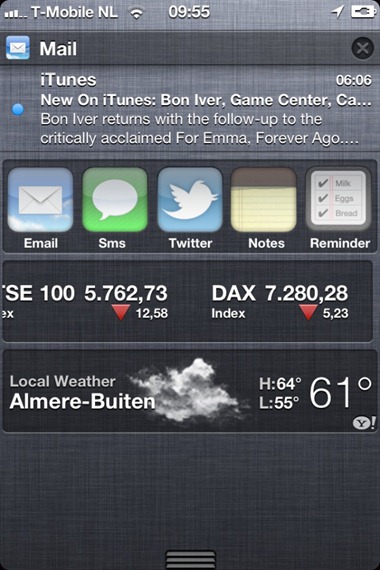 QuickComposer is just another in a long line of iOS 5 Notification Center widgets to come out of the jailbreak community since the first beta arrived two weeks ago. With no information as to whether Apple will open up the widgets to App Store developers as yet, it’s clear the jailbreak community has sent a message to the guys in Cupertino – we want widgets, and we want them now!

If you’re not already jailbroken, we have two guides to help you with jailbreaking iOS 5 via Redsn0w, with information here, or by using Sn0wbreeze.