Mobile processors have improved dramatically over the past five or so years, and it’s now not uncommon for some of the top-end smartphones to boast the kind of power usually seen in notebooks. Qualcomm has been a major influencer of this effort to bring more power to our pockets, and following on from the announcement of its Snapdragon 800 SoC earlier on this year, the company has just taken the wraps off its successor – the Snapdragon 805. While the number change implies meager tweaks and upgrades, it brings the interesting advancement of by way of support for the Ultra-HD standard, potentially paving the way for 4K smartphones and tablets in the next couple of years.

As with any technological advances, the decision by mobile vendors to continually add more processing power has been met with plenty of opposition, with many deeming a quad / octa-core chip to be somewhat overkill. Others have rightly pointed out that while we keep getting more power with these new engines, GPUs, hi-spec cameras and such, the battery life continues to be an issue, and until smartphone OEMs can offer a smartphone with substantial battery retention, these big revelations of new and innovative features cannot be fully appreciated.

The Snapdragon 800 has been the de facto main component of the industry’s high-end handsets, from the Google LG Nexus 5 to Sony’s Xperia Z1, but with just eleven months since the chip was revealed, the 805 has now been announced and is on its way.

Although smartphones – mind-bogglingly – will probably support 4K at some stage, one suspects the first devices to take advantage of this chip will be tablets, which have much larger displays. That said, being able to capture and process Ultra HD on a smartphone could be justification enough for the Snapdragon 805 to make its way to the smartphone world, and it would be surprising if Samsung is not among the early candidates to do so. 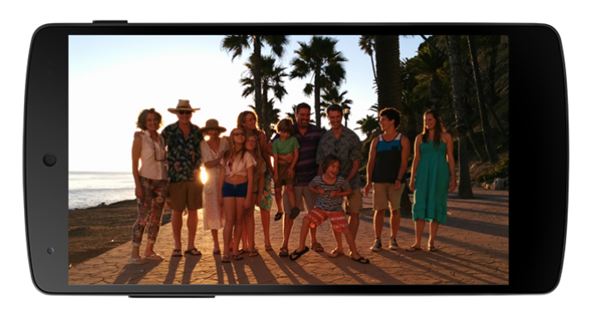 Qualcomm also believes the processor will be used in smartphones and tablets as of early next year, and with Samsung’s Galaxy S4 and Note 3 having really failed to hit the heights expected of the company this year, perhaps the South Korean outfit will use the Snapdragon 805 in both of their respective successors.